This month, I started with my first “things we’ll do this month” list of fun(ish – but mostly fun) goals for the month. Things I want to do, see and try throughout the month, some new things, some old things revisited. 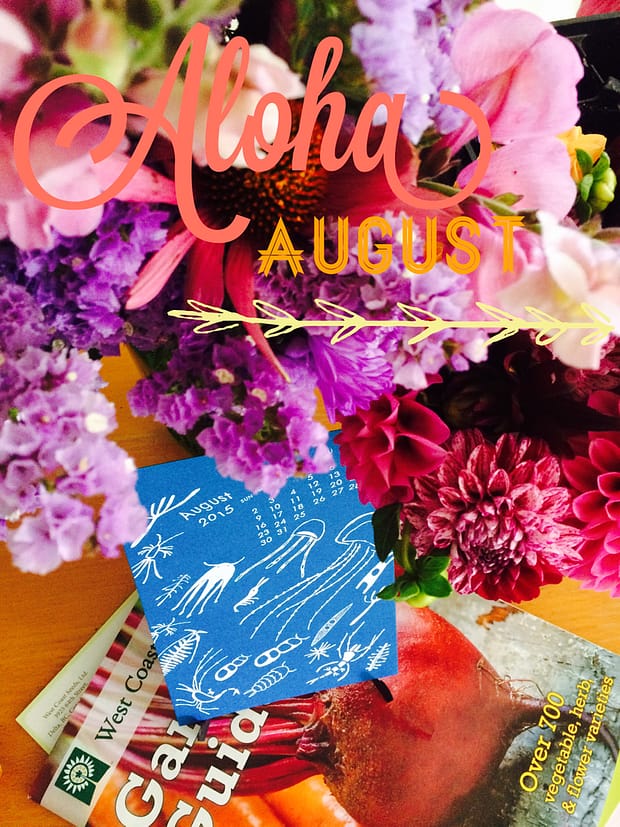 I was talking with a friend just days after I’d posted my August list. She’d asked about how I came up with the idea. I told her that I wasn’t really sure where it came from, but I knew that I’d hit on something that would be really good for me when it started keeping me up at night – in a good way. I found that as I was falling asleep, if I woke up for short periods in the night or first thing when I first opened my eyes in the morning, I would lay in bed thinking about what was already on my list for the next month and what I could add. As my list expanded, I had to start writing the ideas down and then, already knowing a few things I wanted for future, I started lists for the rest of the year. I added things related to holidays or special dates that I’d always wanted to do or celebrate, but that, every year, somehow ended on the backburner until I eventually swore I’d do the next time around. Having the list has added a happy new dynamic to our lives this month because it’s given us several things to look forward to. We’re pretty fun-loving and optimistic people and we generally look forward to life, but having a specific list has increased that. Throughout this month, we’ve known that we were going to go swimming in a pool and that we’d get started on our fall/winter gardening – we may not have known the exact details of when and where, but we knew it was coming. Having a list of things to do has also given the feeling of adding time to our lives outside of work. Being more aware of the days as they pass and all the things we want to do with them, made us more conscious of everything we were (and were not) doing. Having enjoyable goals broke up the monotony of just getting through life and trying to squeeze in some pleasurable living, but only after all the chores had been done and errands run. Instead, we were scheduling the mundane parts of life around our new to do list. Nothing got neglected, it was just reprioritized.

Here’s the completed list of things we wanted to do in August with some comments and/or links to my proof.

There were a few things that we didn’t get to, but I’m okay with it. Here are our things that remained undone:

And here are a couple of extra cool and awesome bonus things we did in August:

What made your August special? Are there any things that you will plan to do in August next year?

Things we’ll do this month: September