I’m a pretty deliberate person and I like it when I know that things are done with a purpose. I also like celebrations and honouring events, past and present. For the first thirteen years in the company I work for, I was a member of the union. For four or five of those years, I was a department rep and shop steward. In my current position, I am no longer in the union, but I work very closely with those who are on the executive and standing committee. I understand the issues and it’s important for me to support what is right when the opportunity crosses my desk.

Labour Day has largely become more about a long weekend and kids going back to school than anything else. I’d venture to guess that very few people actually acknowledge and understand the root of the celebrations. I’ll admit that, while I was aware of its relation to labour movements past, I had no idea that the first Labour Day celebrations in Canada took place as early as 1872 and I certainly didn’t know the details.

The more thought I gave to it, the more important it was to me to understand the history a little better. For all the research I did, an article titled The First Labour Day was the most comprehensive that I found. An excerpt:

This is the context and setting for what is generally considered Canada’s first Labour Day event in 1872. At the time, unions were illegal in Canada, which was still operating under an archaic British law already abolished in England.

For over three years the Toronto Printers Union had been lobbying its employers for a shorter work week. Inspired by workers in Hamilton who had begun the movement for a nine-hour work day, the Toronto printers threatened to strike if their demands weren’t met. After repeatedly being ignored by their employers, the workers took bold action and on March 25, 1872, they went on strike.

Toronto’s publishing industry was paralyzed and the printers soon had the support of other workers. On April 14, a group of 2,000 workers marched through the streets in a show of solidarity. They picked up even more supporters along the way and by the time they reached their destination of Queen’s Park, their parade had 10,000 participants – one tenth of the city’s population.

The employers were forced to take notice. Led by George Brown, founder of theToronto Globe and notable Liberal, the publishers retaliated. Brown brought in workers from nearby towns to replace the printers. He even took legal action to quell the strike and had the strike leaders charged and arrested for criminal conspiracy.

Conservative Prime Minister John A. Macdonald was watching the events unfold and quickly saw the political benefit of siding with the workers. Macdonald spoke out against Brown’s actions at a public demonstration at City Hall, gaining the support of the workers and embarrassing his Liberal rival. Macdonald passed the Trade Union Act, which repealed the outdated British law and decriminalized unions. The strike leaders were released from jail.

The workers still did not obtain their immediate goals of a shorter work week. In fact, many still lost their job. They did, however, discover how to regain the power they lost in the industrialized economy. Their strike proved that workers could gain the attention of their employers, the public, and most importantly, their political leaders if they worked together. The “Nine-Hour Movement,” as it became known, spread to other Canadian cities and a shorter work week became the primary demand of union workers in the years following the Toronto strike.

The parade that was held in support of the strikers carried over into an annual celebration of worker’s rights and was adopted in cities throughout Canada. The parades demonstrated solidarity, with different unions identified by the colorful banners they carried. In 1894, under mounting pressure from the working class, Prime Minister Sir John Thompson declared Labour Day a national holiday.

Wherever the day takes you today, be it last minute school supply shopping or at a barbecue with family or friends, take some time to consider the hard work that has been done by the pioneers of the labour movement and those who have taken the batons from them ever since. It is often thankless work, but it has provided all of us with the rights and benefits that we enjoy today. 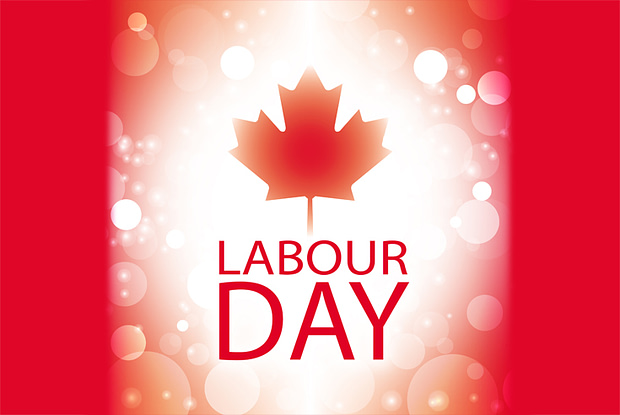