We had to skip a week in our Walking Vancouver exploration because Kevin was a little hung up with weekend work, but we were able to get back to it last weekend. This time, we chose Sea Island in Richmond.

We thought this walk would be cool because Sea Island is where YVR airport is and we expected that there would be a lot of planes taking off and arriving overhead. It was cool for all those things, but it was a little disappointing in a few other ways. 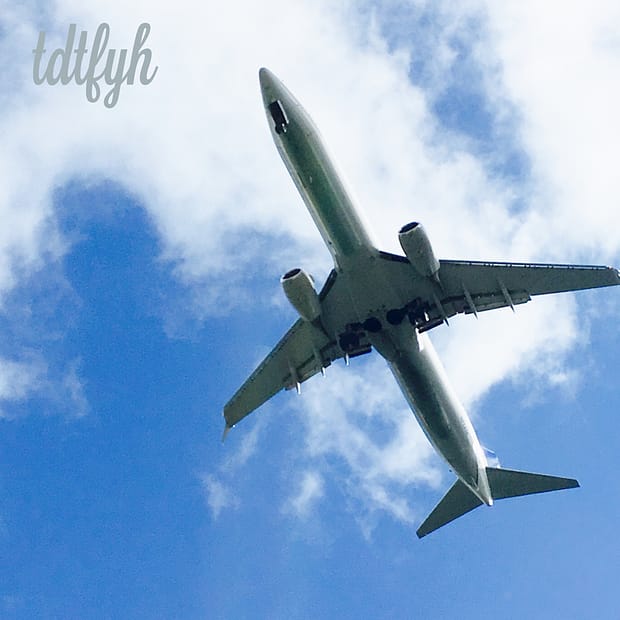 For one, the description we referred to is a little outdated. There has been some development in that area so that’s not really anybody’s fault and it wasn’t even very disruptive, anyway. Just know, that if you are following the outline in the book that we used, the lot where they tell you to park is now closed and we couldn’t find any other trail-related parking so we had to park in the big, weird outlet mall that they built in 2015. The good news is that it’s almost exactly where we were instructed to park and there are thousands of spots. The bad news is that I don’t know if you’re actually allowed to park there, but it wasn’t a problem for us.

We crossed the street and found the trail easily, but then we lost it just as easily. It starts and then it just kind of disappears. If you ever do this walk, stay on the shoulder of the road or walk on the other side of the cement barrier at the side (don’t worry, it isn’t super busy) and eventually you’ll find your trail again. It’s a hard-packed raised gravel path. It’s easy walking for anyone without limitations.

You’ll weave your way through a tangle of on-ramps, off-ramps, bridges and highways before getting to the more peaceful part of the walk.

After about two kilometres, we passed under Sea Island Way and pass the property of the Pacific Gateway Hotel. From here, the trail follows the edge of the river in between the water and industrial spaces, yards and even some places that are under development.

The trail veered mostly away from main roads and was tucked in behind many buildings. Above, that’s BCIT Aerospace Technology Campus. Unfortunately, many parts of the path are very neglected and poorly taken care of. At time, it’s hard to even know where to go! (See below.)

Once we crossed Gilbert Road (no crosswalk on this busy street – this wasn’t noted in our book either), the trail gets a lot nicer. You’ll see the Richmond Olympic Oval across the river (bad picture, below) and eventually pass under No 2 Road. After that, the trail opens wide up along the area that’s considered YVR’s South Terminal, where small and private planes fly in and out.

After heading inland for a kilometre or so, the trail is now entirely riverside – we could see the water and feel the breeze coming off it. Since it was a warm day, this was very welcome. We passed Harbour Air Seaplanes and the Flying Beaver (it would be great to plan this walk around lunch in the pub) and walked as far as the entrance to the Coast Guard Station. Apparently, if we’d continued further, we’d have discovered an old hovercraft. Alas, we didn’t. (Though, we did come across the filming of iZombie.)

We turned around at that point and we headed back exactly the way we’d come. Again, the book gave an option that would have taken us inland, but with all the changes that we’d already noted since the big, weird outlet mall had been built and the uncertainties we’d seen with the trail, we decided to stick with what we now knew. It wasn’t a great trail, but we knew it would get us back to where we started.

In past walk reports, I’ve given kudos to Surrey, Delta, Burnaby and Belcarra for their commitment to and maintenance of the trails we’ve walked. Richmond fell a little short with this one. This trail could really use a little TLC in some spots (and a lot in others.) But the plane traffic was really cool.

The nicest view on this walk was at the very end.

This walk was estimated to be 9.5km and to take 3.5 hours. We measured 10km in two hours and fifteen minutes.

Since we have hit our fifth walk, we decided to rank them in order that we liked them. Here goes:

Kevin’s ratings were almost identical, except he reversed #1 and #2.

No act of kindness is ever wasted