Top Posts
23 for 2023: things we’ll do this year
What should I focus on on in 2023?...
Milk Fed
My Happiness Project: February
Be your own historian
Post-vacation blues
Bad habits
Home alone
What’s going on in your community?
Quick turnaround
Home TravelOrlando Orlando – day eight
OrlandoTravel

Read about our whole trip: 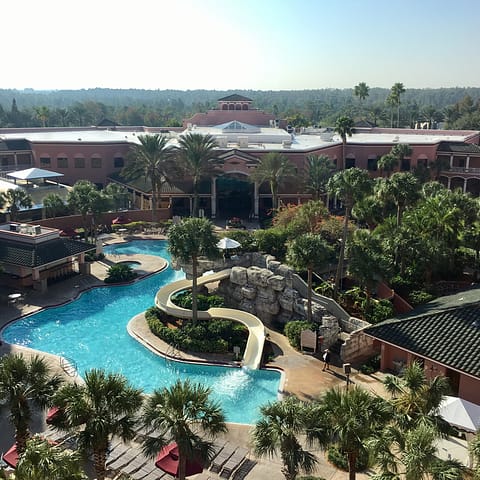 Our trip from Orlando to Vancouver was anything but direct. Nope, we were leaving MCO and heading north to Ottawa, from Ottawa to Toronto and only then from Toronto back home to Vancouver.

I love traveling. I mean that in the sense of exploring new places, but also in the act itself. I like checking my bags, I like boarding flights, I like take-off, I like landing, I like claiming my bags. I especially like connecting flights. The more airports I can visit on any leg of travel, the better. Yes, seriously. Fortunately, Kevin is pretty laid back when it comes to travel, too.

Manuel picked us up at our hotel three and a half hours before our flight and thanked us for our business and our friendship when he dropped us off twenty minutes later. It was nice to know him while we were here. He promised to let us know if he ever came to Vancouver. If you ever go to Orlando, let me know and I’ll give you his number. He’s fantastic.

We walked into the airport in front of the Air Canada desk and it was immediately clear that it was a total mess. A totally insane shitshow.

We never did find out what exactly was the problem or if there even was one, but the kiosks would not take payment for baggage, wouldn’t print baggage tags for people who’d paid for bags online and people were lined up for check in AND bag drop-off as far as you could see. Hundreds of people everywhere. And *maybe* ten Air Canada staff members to handle it all. (I think there were more like only five or six.)

I don’t want to dwell on the negative, but we waited about 75 minutes to drop off our suitcase then had to hustle through security, onto the little shuttle train and over to our gate in order to get there in the nick of time. This was easily the least prepared I’d ever seen a travel situation in all my time and that is pretty frustrating to be in.

Since we obviously weren’t the only ones who were delayed and we had arrived three hours before our flight, we made it there and boarded like we normally would.

I guess it’s normal that, departing from a place like Orlando, the flight would be full of families and large groups of travelers and that just added to the insanity. Kevin and I weren’t sitting together, but we had plenty of entertainment to dig into. I’d just started the third Harry Potter book, but took a break from reading when I noticed that The Night Of was available on the entertainment system. Our friends had raved about this show and I’d listened to a podcast featuring some of the cast members so I was very interested in that and watched the first episode right away.

Our flight to Ottawa was smooth without any major disruptions.

Upon our arrival, we had to figure out what we needed to do and how to do it in a short amount of time. We knew we had to clear customs, but we didn’t know we had to claim our checked luggage, hand in our declarations then drop our checked bag off again before heading to our next gate. With 45 minutes to do all that, it seemed tight, but when nobody else seemed worried, neither was I.

The signage wasn’t the best in the Ottawa airport and we got a little lost, then, once back on track, discovered we’d have to go through another security check.

While waiting in line there, we compared notes (boarding passes) for the first time and realized that we weren’t actually on the same flight to Toronto! No, Kevin’s flight actually left one hour later!

Once we cleared the security check in Ottawa, I hustled over to my gate and Kevin took off to explore.

My plane for this flight was smaller and it was full. (I found out later that Kevin’s was bigger and empty.) I mostly just read and we were up and down in what seemed like no time.

Once I arrived in Toronto, I hunted down some food for our last leg of the trip. I knew Kevin had only fifteen minutes between his arrival and our boarding time so I gathered a meal and some snacks for our flight home.

He arrived and was a little shaky after a turbulent flight so it was probably good that our flight was delayed for a while. We took a stroll, filled our water bottles and talked the staff into switching our seats so we could sit together.

Our flight back to Vancouver was in a Boeing 787, probably the nicest plane I’d ever been on. Even better: we had a whole row to ourselves.

And so it was, fifteen hours after we started clear across the other side of the continent, we arrived home happy, healthy, safe and sleepy.

Things we’ll do this month: December