Top Posts
23 for 2023: things we’ll do this year
What should I focus on on in 2023?...
Milk Fed
My Happiness Project: February
Be your own historian
Post-vacation blues
Bad habits
Home alone
What’s going on in your community?
Quick turnaround
Home TDTFYH A Super Bowl like no other
TDTFYH

For the first time in my tenure, my team is in the Super Bowl. It’s one of only a few times that one of *my* teams was in the championship. In fact, it’s the third after the Dallas Stars in 1999 (that was the right crease call) and the San Jose Sharks last June. I’m .500 on championships so no matter which way things go today, the tie will be broken.

MY TEAM IS IN THE SUPER BOWL

It’s been a long road and this team and I have been through a lot. A few weeks ago, I read through the Atlanta Falcons’ Wikipedia page and it was a very interesting experience I would recommend to any sports fan. There are plenty of parts of it that I remember, but while I remembered, I’d also, in a way, forgotten. 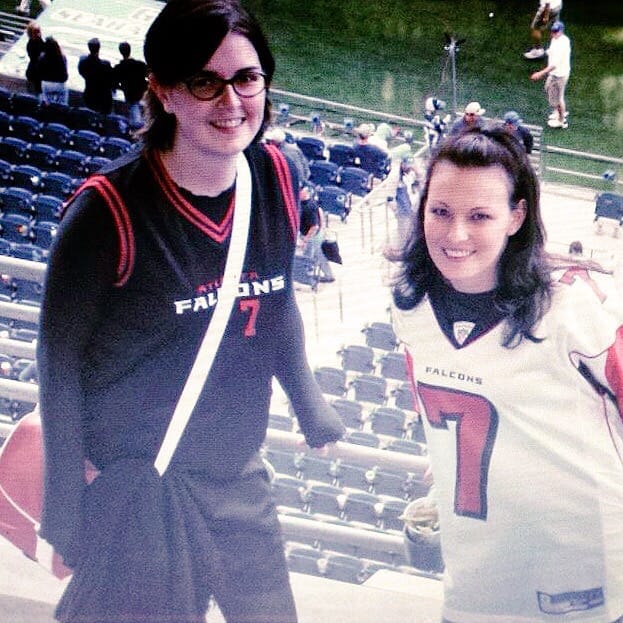 When you refer to the Falcons, people often think of Michael Vick (though never in a good way) and he is at the centre of a lot of the things I remember. I loved his explosive play, I loved the seconds after the ball was snapped when you could see him looking, see him looking and actually see the decision point before he took off. He was the first NFL quarterback to rush for 1000 yards. Game in and game out, he was always exciting to watch and for a relatively new fan like me, he was a game changer when it came to selling the sport.

(I just read his letter on The Player’s Tribune from a few days ago. It talks about the experience of being “on the come-up in Atlanta” and his everlasting love for the city.)

My earliest memory of being a Falcons fan dates back to 2002-ish.

Apparently, Falcons fans have a bad rap. I wouldn’t know since I’ve only ever met two of them. That happened outside the game vs the New Orleans Saints in San Antonio, Texas while the Superdome was being repaired after Hurricane Katrina. I talked to a couple of older season ticket holders who’d made the trip from Atlanta by car. The woman gave me a Falcons rally towel.

I should have been in Vancouver, Washington today. When that fell through, I even had a REAL invitation to go to Houston, Texas (where Super Bowl LI is being played!) for the weekend. Instead, I’ll be tuning in from Burnaby, BC.

But it’ll still be fun. I’m having dinner (veggie chili and barbecued veggie dogs!!) made for me (thanks, Seahawks!) and I have to bring carrot cake (I took a pity bet after my counterpart got pouty) and it’s going to be great time.

Still, I should be in Vancouver. Or at the very least, Houston.

I have a friend on location at the Super Bowl today. She promises she will be reporting back with photos and commentary from the game. That’s kind of fun because it makes me feel that much closer to the action. (She went to the fan expo yesterday and we had a great time. Haha.)

I read that most Americans want to Falcons to win or, better said, they want the Patriots to lose. I’ve seen it politicized (THEY LOVE TRUMP!) and I know there’s a strong bias against the Pats because, well, people hate it when other people are successful. But they are a force. And, win or lose, this isn’t going to be easy.

Me, I want my team to hoist that trophy, but I can honestly say that if they don’t, they will have still made me proud. They made it this far. They shut up a lot of big mouths. A win would be like the icing on an already pretty great cake…which reminds me, I have some work to do. (Thanks a lot, Cowboys.)

#RiseUp, friends! And no matter how you’re cheering today, I think we can all agree that it should be a really good game. Enjoy!

Stuck at home & my mom’s birthday

The morning after & when decluttering sucks