Minimalist. For someone who doesn’t quite fit perfectly into that category, this is most certainly a challenge, but I felt up to it and excited for a change so I took it on. Last week, I wrote about how I was doing The Minimalists’ 30-Day Minimalism Challenge and getting rid of the same number of things as the day of the challenge every day for a month. Except I only committed to 28 days. And I changed up my rules a little.

And now here we are – one week in, twenty-eight items lighter. 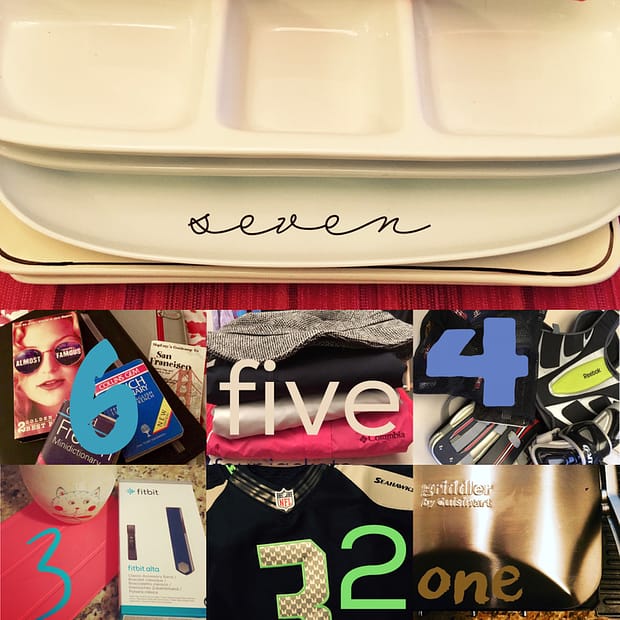 If you’re anything like me and you go on a decluttering spree, you’ll start out strong and it will take over your thinking. I found myself waking up at night and thinking of the things that we could get rid of, mentally packing them into boxes or relocating them to their new homes. I can understand why some people flip-flop the month and start with the high number then count down. It’s probably easier to sustain. (Also, way easier to keep track of what number you’re on!) For me, at least this time around, I’m starting small and working up.

This week, I’ve gotten rid of:

You can see them all in my #minsgame Facebook album.

Week one has been easy. There’s lots to choose from and everywhere I look, it’s easy to see where a thing or two is expendable. We dropped some boxes at a thrift shop, some of our things are on their way directly to people in need and some were dispersed among people who could appreciate them more than me.

I’ve learned that it’s really easy to bury things and forget about them and I’ve learned that it’s just as easy to deal with it. I’m starting to better understand the things about which I am sentimental and the things about which I couldn’t care less. We’re already starting to see the advantage of creating more space and the clarity of releasing more clutter.

When I asked Kevin what he’s learned from my first week of the minimalism challenge, he replied, “I’ve learned that we have a lot of stuff.”

The morning after & when decluttering sucks