Top Posts
23 for 2023: things we’ll do this year
What should I focus on on in 2023?...
Milk Fed
My Happiness Project: February
Be your own historian
Post-vacation blues
Bad habits
Home alone
What’s going on in your community?
Quick turnaround
Home TDTFYH What happens when you cancel a wedding
TDTFYH

So, since we decided to cancel the wedding plans we had made, I’ve learned a couple of things. First, I need to find a better way to say that. I need to be more sensitive. When people ask how the planning is going, I laugh and blurt out, “Oh. Hahahahaha. We cancelled it!” and this deep look of pain and concern crosses their face and they get all awkward and they don’t know what to say and I let it go on for about a second longer than I probably should before I clarify “Oh, no. We’re still getting married, we just aren’t getting married when we were planning to get married.” They say, “So, you postponed?” Sure. Okay. 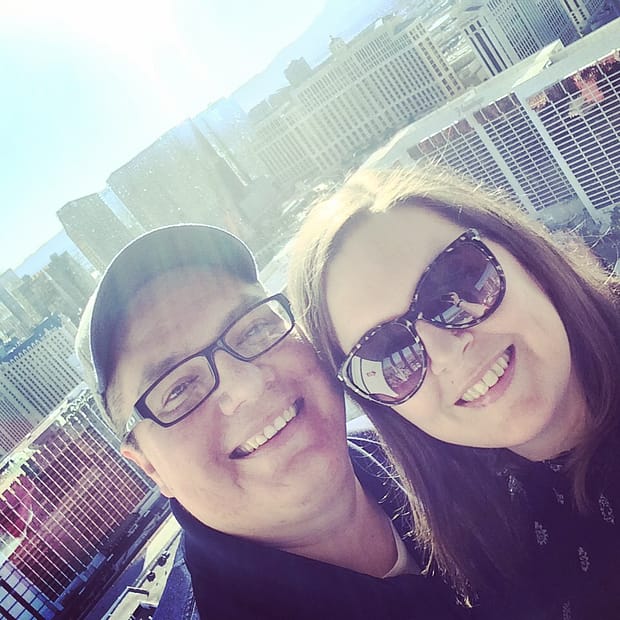 We were in the midst of planning the wedding so I still think cancelling is the right term, but postponing seems to make other people feel better and, let’s be honest: the less I have to talk about wedding planning, THE BETTER.

Did I give you a different impression? Here? Or maybe here? Yeah, I can see that. When it came to the details, I was interested in them and I had fun considering them, but I still wasn’t sold on the whole actually having a wedding part.

I never dreamed of having a wedding. Not in all my life. In fact, I was the opposite. I remember saying to myself at a very young age – perhaps inspired by the wedding of Charles and Diana, but more likely by one of my mom’s episodes of All My Children – I am never getting married because I will NEVER kiss someone in front of all those people. (Evidently, I had strong feelings on PDAs early on as well.)

You lose your deposits.

We were lucky with this one. We’ve surrounded ourselves with amazing and talented people who were willing to step into some of the heftier costing roles involved in making a wedding happen just for the honour of being a part of ours. We had a super talented photographer and a warm and loving commissioner who we know personally and, though it was sad to have disappointed them, both understood when we told them we weren’t going ahead with our plans.

As far as our venue goes, we got lucky with this one, too. We had signed a contract and in our contract, we were committed to pay 50% of the estimated revenue from our event. That cost increased to 75% if we crossed the 90-day prior to the date mark. When we initiated this discussion, we were about 94 days out. That made it that much more important for us to commit either way and to do so quickly. In the end, the kind and generous manager at our venue, offered to knock it back to 25% again. Bless your heart, Kacia.

As far as flowers, cakes, everything else was concerned, we had already picked our providers, but hadn’t yet committed to anything so we were off the hook there. I do still have my dress which I’ll have to decide whether to wear or to sell (or to both.)

You have invitations to recall.

Recalling the invitations is etiquette’s cute little way of avoiding saying that you’re canceling your wedding.

If you’ve sent invitations or even save the date cards, consensus says that you have to go through the process of recalling them. You are not required to explain why or even to go heavily into the details of whether it will happen at another time or not at all, but etiquette says you can’t just leave already invited guests hanging.

At the time when we cancelled, we had sent save the dates, but I was in the process of  ordering invitations. (Phew!) We had such a small invitation list (22 in total, six of them children) that we mostly told everyone ourselves, but since we had sent a formal communication, it only felt right to send one correcting the original. Our save the date cards had been pretty casual (deep sigh – how I loved our save the date cards…) so our recall cards were equally low-key. We sent these thank you cards (because we truly were feeling grateful) with a photo of us and the following printed on the back.

Thank you for your love and support while we planned our wedding in Long Beach. We have since decided to rethink our plans – not our marriage, just the ceremony. Our wedding for June 11th has been cancelled and we will update you when we know more about how, when and where we will proceed. xo

If your wedding was more formal, a more formal recall might be in order. (For example, something from your parents vs from you directly.) There’s a lot of information online. Here are some of the most comprehensive and helpful posts I found.

A few things we didn’t do: make a public announcement (although, maybe this counts) and return the wedding gifts we had received. I followed up with the gift givers and told them that we would be returning them, but all insisted that we keep them. (Pleasure delayer that I am, they are all on a shelf in the closet because it doesn’t feel right to use them until we are actually married.)

You have a lot of explaining to do.

People ask without really asking. And once they knew that we were still going to get married at some point and there hadn’t been some catastrophic revelation about our relationship, they asked outright.

The truth of it was that it wasn’t shaping up to be what we had anticipated. Our vision was of one where our families would meet for the first time, spend time together, get to know one another and develop some relationships. We anticipated spending time with this mesh of my side and his side and making these amazing memories with our blended family.

Time revealed that, while my side was planning to travel and spend a whole week with us leading up to and following our Sunday afternoon wedding, his side was not planning on spending more than a day or two with us. We calculated the amount of that time that we would lose for wedding preparation and nonsense (because there is always nonsense) and if we were really lucky and timed it perfectly, we *might* get to spend one meal with everyone together. From there, the calculation of cost – for us and for travelers and every single person involved was traveler – it didn’t meet that standard everyone lectured us on from day one to uphold: WHAT WE WANTED.

So, we let go. And everyone understood.

You will feel better about it.

I mean, if you’re like us you will. Though, it was under very different circumstances, this bride-to-be wrote the following in her account of the things she wishes she’d been told when she cancelled her wedding. I couldn’t agree more.

The important factor is the wave of relief that washed over me when I thought about canceling my nuptials. Relief is different from excitement…

I felt relieved. Honestly. When we made our decision, we had a much better gauge on how we wanted our wedding to play out – the things that were wants and the things that were needs, the whos, the whats, the wheres, the whens. We still don’t have that all figured out, but when I asked Kevin what he learned, he replied with the following (over several text messages.)

That you really have to follow what you want and envision and if doesn’t feel like that’s what you’re getting then don’t settle. Because it should be a one time thing and it’s about the two people getting married not about anyone else.

Plus, no matter how tiny, it’s way too much  – emotional and financial investment – to not have the memories you want to have.

You have to decide what to do next.

Oh, man, this is the tough one. We still aren’t there yet. We look at elopement and tiny wedding packages at all kinds of destinations all the time. We go to places and say, “we could get married here.” It’s equally possible that we’ll end up at a courthouse – in BC or somewhere else. I think the biggest lesson we learned was that the minor details weren’t really important to us. All that really matters is that we are there together, that the setting is one that we both enjoy and that we are happy. Considering that’s basically how we’ve lived the last six+ years of our life, I’m confident we’ll figure it out on our own time.