Four hundred and six things were purged from our lives during the month of February. I started with one thing on day one, two things on day two and I progressed throughout the month all the way to twenty-eight things on day twenty-eight. It’s probably obvious that the start was easier than the finish and it certainly did get more challenging along the way. By the end of it, the Rebel in me (check out the Four Tendencies by Gretchen Rubin if you haven’t already) was so tired of the daily commitment (I don’t do well with routine and doing the same thing every day so that made it an even bigger victory for me) that I guess I forgot to write about the final week (days 23 through 28) and the process as a whole. (Hahahaha. Two whole months later…)

In week four, I got rid of a mish-mash of one hundred and fifty-three items from all areas of the house including: 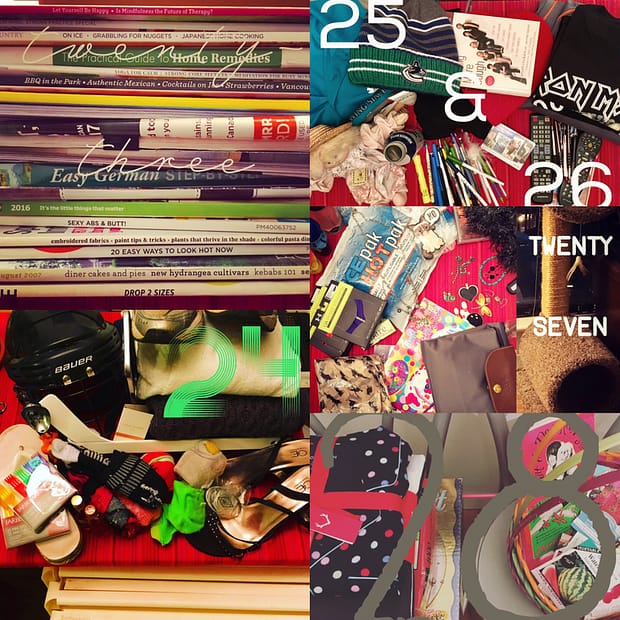 So. Now that it’s over, would I do it again? I can answer that with a solid MAYBE.

Doing the minsgame definitely helped us prep for moving and it certainly helped me get rid of a number of things that I’d probably already carried around for too long. I’ll pencil another in for next spring and maybe then you can join me. 🙂

Take a look back at my weekly reports:

Or check out all the photos in my #minsgame Facebook album.

Things we’ll do this month: May

This sounds like something I should try. I just donated a huge bag of clothes and sent another bag to Thredup. It feels good to get rid of the clutter.