This is probably the most common piece of advice that I dole out. Whether a friend is feeling betrayed or a loved one just accomplished something they worked really hard for, that’s what I tell them.

Remember how this feels.
Describe it as accurately as you can.
Think of as many words that apply to it.
write it all down.

If it’s a bad feeling then these written reminders will help you remember to avoid getting into the same situation again. If it’s a good feeling, the words will serve as motivation next time you need a little nudge.

I’m better at giving this advice than I am at following it. 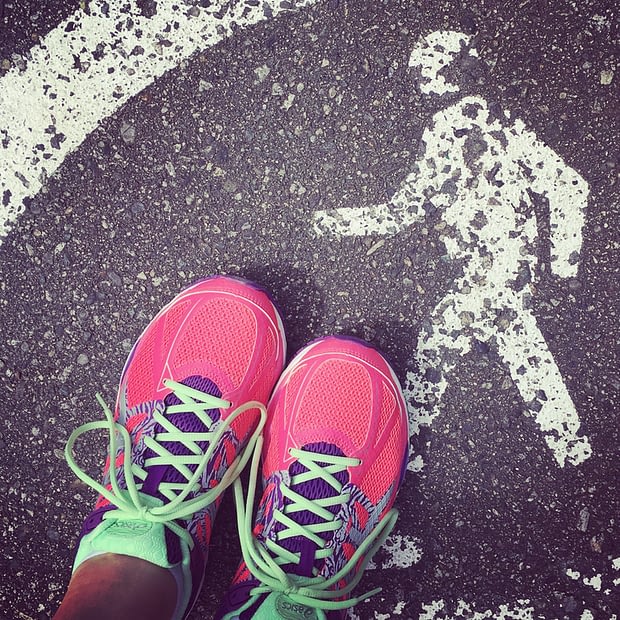 For the past two or three days, I’ve been feeling a little low energy. It started Saturday morning and it might have contributed to my so-so performance at our run that day. I chalked it up to nerves.

Yesterday, I woke up with more of the same. I stayed in bed most of the morning. (If I’m honest, it was part of the afternoon, too.) Eventually, we had errands to run and I was motivated to get moving by the bonus of shopping for a brand new garden space. A couple of hours and a few stops later, we were back at home and talking about how we were both behind on our step count. Kevin rallied my troops and we headed out for an hour-long walk. We came home to dinner-making, weekend-ending and week-starting tasks, but I noticed that I felt a nice little boost to get me through all that.

This morning, I woke up and it was more of the same. A lot more of it. Eventually I dragged myself out of bed, but probably the only reason was because I knew that once I got started on my walk to work I’d feel a lot more refreshed.

My walk isn’t super long, but I usually stretch it out to about thirty minutes. Sure enough, when I hit the ten-minute mark, headed straight uphill, I was already ten times as energized as I had been when I left home. And that’s when it dawned on me:

remember how this feels right now

The truth that getting moving is the one thing that will make you feel more like you want to be moving is a tough one to learn. And it’s an even tougher truth to put into action. I could say it a million times and until I’m blue in the face, but instead I will say this: the next time you get moving and it makes you feel really strong and powerful and energized, just do whatever you can to remember every single thing about it and pack that away for when you need it.

What is your most common piece of advice? How do you get yourself motivated?

We’re all in this together: leadership lessons, sharing responsibility and trusting others