Top Posts
23 for 2023: things we’ll do this year
What should I focus on on in 2023?...
Milk Fed
My Happiness Project: February
Be your own historian
Post-vacation blues
Bad habits
Home alone
What’s going on in your community?
Quick turnaround
Home TDTFYH Our would have been wedding day
TDTFYH

Our would have been wedding day

So, in some alternate universe, today would be our wedding day. We would be getting married at 4pm today, June 11th, in Long Beach, Washington. We would have a wedding party of two. One maid of honour plus one best man – you don’t count the bride and groom, right? I don’t even know. I barely caught on to any of the details in my short stint at planning a wedding. 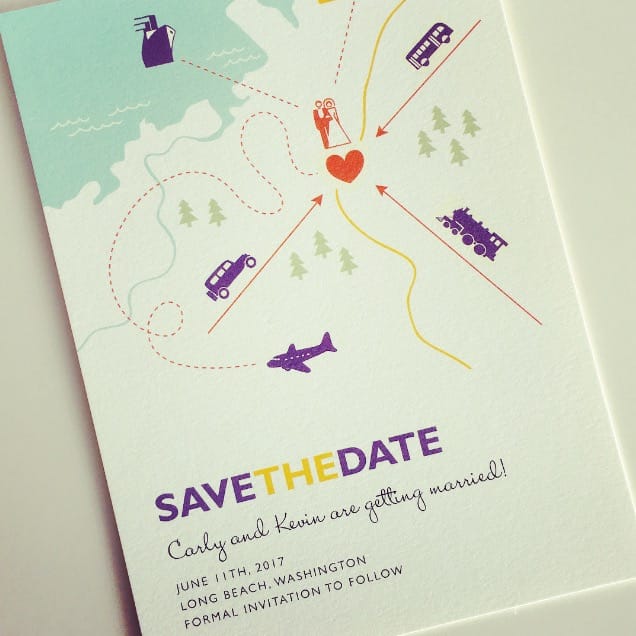 Amy would have stood up for me as my maid of honour. She would have been wearing this dress in the colour persimmon. This dress fit her like every woman imagines a dress will. When she put it on, all three of us waiting outside the fitting room gasped at how it looked on her. Incredible. She was the exact perfect and only person for the job since she was the first and only one to say such helpful things as let’s go wedding dress shopping! and pick a date already!

We would have been married by our beautiful friend, Jude.

To love justice when the world forgets
To see past troubles and still to hope
Love will be enough
If you remember to take care of love.

These were some of the words she had started to write as part of our ceremony.

Said ceremony would have taken place on the beach outside of the Adrift Hotel or inside the Gather Space there in case of rain or windy weather. (Probably the former since it’s 17 degrees and mostly sunny in Long Beach today.) Our party would have totalled twenty-eight including ourselves. Five of our guests would have been children. That’s if everyone who we would have invited made it there.

I’d have carried a bouquet like this one, but made by Bloomin Crazy Floral in nearby Astoria, probably one of their NW Natural Bridal bouquets. Amy would have carried something similar. Boutonnieres would have matched.

After a short ceremony, we would have had a cocktail hour while taking photos with our very talented friend and photographer, Dan Brodie. These are the snacks that we all would have munched on while that was happening.

Inside the Gather Space, we’d have all sat at one very long table for dinner. The table would have been decorated with candles in some kind of rustic holders and plenty of flowers similar to our bouquets. We’d have colour accents, but not in any one single colour. More persimmon, perhaps, or green or maybe even blue. Maybe all. Amy would have taken over duties as emcee, but it would have been a very informal setting. Speeches only if people wanted to make them. Music playing during dinner. Lots of family mingling and celebration.

Our dinner buffet would have been based on this menu.

We’d have chosen the beet salad, beef, salmon and clams with macaroni and cheese, sour cream and chive mashed potatoes and spicy Thai vegetables as our sides.

Then cake. Of course, cake. We’d have had it decorated with some of the wild flowers that were found in all other areas of the wedding. It would have been rhubarb cake with brown butter buttercream and it would have come from Pink Poppy Bakery.

I love this whole wedding spread

After two hours of eating, drinking and being merry, we’d have all resigned to our rooms temporarily. We’d have gotten changed into something a little warmer and more relaxed just in time for the final event on the schedule and my own personal pièce de résistance, a sunset bonfire on the beach (!!!) complete with s’mores! – beginning at eight o’clock.

And then, of course, after a little more merriment and then happily ever after. Husband and wife.

Instead, Kevin is working today. I went to Italian Day with my friend Barb. And we are no closer to having a plan for our actual wedding than we were the last time I wrote about it.

We talked about it this week and agreed that we made the absolute right decision for us. We also agreed that we were feeling a little sadder than we had expected as the date came closer. We’ll figure it out. I know we will. And, as our friend Darci put it earlier today, “either way you have the one you love at the end of the day.” Ain’t that the truth. ♥♥♥