Top Posts
23 for 2023: things we’ll do this year
What should I focus on on in 2023?...
Milk Fed
My Happiness Project: February
Be your own historian
Post-vacation blues
Bad habits
Home alone
What’s going on in your community?
Quick turnaround
Home TDTFYH ﻿Social Media Day

Social media has played a pretty large part in my life for many years. I started blogging about fifteen years ago and back in that day, blogging was a very social experience. There was a whole network of us who were constantly reading and commenting and referencing one another’s posts. One day after putting up a post the comments section would look a lot like a Facebook post looks these days with a long trail of thoughts, questions, answers, stories, experiences and tangential nonsense. We were constantly growing that network as well. Some of the main players in my early blogging experience included people I knew in real life, Rebecca, Yvonne (who’s just recently made a blogging comeback) and, later, Amy. We were connected to a pocket of Bellingham-ish bloggers like Meghann through BC transplant, Courtney. We also somehow had this connection to a circle of blogging IRL friends in South Dakota/Minneapolis-St Paul that included Rachel and my dear friend, Sarah who is practically off the grid when it comes to social networking, but deserves a shout out anyway. ???? While blogging is certainly easier and more mainstream now, this was the blogging heyday. This is the dream I am always chasing with my blog. 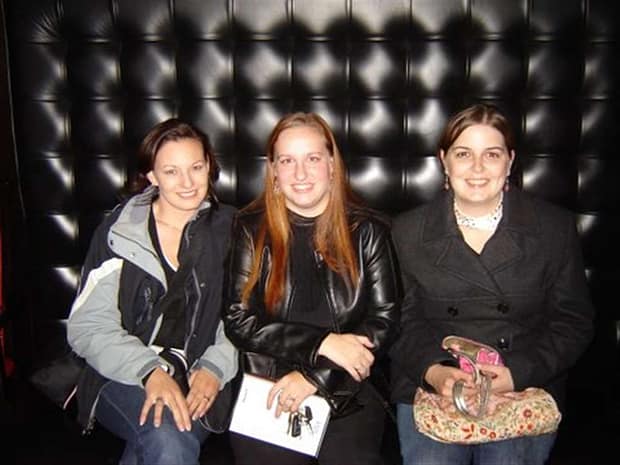 As time marched on, we began to supplement blogging by using MySpace. This was great for us to be able to share even more using their technology and we enjoyed the opportunity for a new way to interact.

Eventually Facebook arrived on scene and we all started there, though I distinctly remember a backlash from people who felt it was a cheap knock-off of MySpace and didn’t replicate enough of the wants and needs from there to last. ???? (I didn’t love Facebook from the start, but I never totally loved MySpace either.)

Next up was Twitter. I remember starting to use Twitter after Courtney recommended it. I opened an account and then I closed it about a week later. I thought it was stupid. I officially rejoined about a year later and have never looked back. Today it’s my favourite social media network and it has been for years!

Around 2008 was when I started to realize that in many cases I was ahead of the curve as it related to business owners and organizations. It was then that I started working with local groups who were interested in expanding into the great mystery that was social media. They saw my experience and familiarity and wanted to take advantage of that. This was really an amazing opportunity for me and I still feel gratitude for it today.

In 2009, I had the life changing experience of managing the social media for the New Westminster Salmonbellies, a local men’s lacrosse team while they made their local play-off run and later hosted the Canadian national championship, the Mann Cup. At that time, we were the only club on social media and the attention that we got was groundbreaking. Facebook was rudimentary in comparison to today, but we gained a huge number of likes from people who didn’t really like us at all only because we were the only entity with boots on the ground showing pictures and providing information beyond game stats. Without us, people were stuck looking at a game sheet online, refreshing and updating to check scores every few minutes. At that time, there wasn’t even pay per view webcasting available! It was a sold out show every night for a series that went the seven game distance and ended in heartbreak.

I learned so much in that Mann Cup experience and that was where things really started to come together for me with Twitter. Had I never had to use it in a high pressure situation like that, I might never have got it the way I do now. For that, I have huge thanks to give to a couple of clowns who chirped the crap out of me and later walked me through the Twitter basics. Those clowns were Kye and Marc for whom I remain in indebted adoration to this day.

The next year, I travelled with the Salmonbellies organization to Peterborough, Ontario where they came up short in the Mann Cup again. That was the first time a team included their social media manager on their travel roster. Well, in lacrosse, anyway.

My experiences in lacrosse were exciting and invigorating and the more I did, the more I wanted to do and the further I wanted to spread my skills. I started mentoring others who were interested in developing social media presences for their teams and I started to work with businesses outside of lacrosse as well.

In 2012, I traveled to Spruce Grove, Alberta to manage the social media for my first seven-team Presidents Cup tournament. Sports media was so underdeveloped at that time that it wasn’t easy to find plug-ins to manage stats for an event like that. Through a ghosting by a web manager and my experience with WordPress (thanks, ten years of blogging!) stats management somehow became the domain of Kevin and I and after every game, we had to go through the game sheet and manually add all the goals, assists, points, penalty minutes to the tournament website on little more than a grid. It was exhausting, but…

I got a lot of really great feedback. The lacrosse world (the whole world, really) wanted this kind of interactive information. Who was I to stand in their way?

Since then, I developed the Western Lacrosse Association’s Social Media Coordinator position and was the first to serve that position. I have worked on two more Mann Cups, two more Presidents’ Cups, two Minto Cups (national junior championships.) I’ve worked with five lacrosse teams, one lacrosse player and countless small businesses, organizations and events. I’ve had friends try to talk me into developing a business plan that is all about money, but the truth is that social media is a passion for me and I just want to share that. The more I can help people and their businesses develop their plans and presences, the more satisfied I am. In lacrosse, we used to say, “Grow the Game” and that perfectly covers exactly what I want to do with social media. I just want to grow it. If you’re reading this and you don’t know where to start with your business or where to go next, let me know! I can probably help!

Note: I didn’t forget about Instagram, I’m just not in love with it, to be honest. It’s had little impact on my life to date, but I’m hoping to delve a little further into that in the near future.

So, yes, today, I am celebrating Social Media Day! I hope you will, too!

Things we’ll do this month: July

Social Media Day is neat and all (thanks for the mention – I am not so elusive!) but I’m here to wish you a HAPPY CANADA DAY! Enjoy the weekend. Love you!