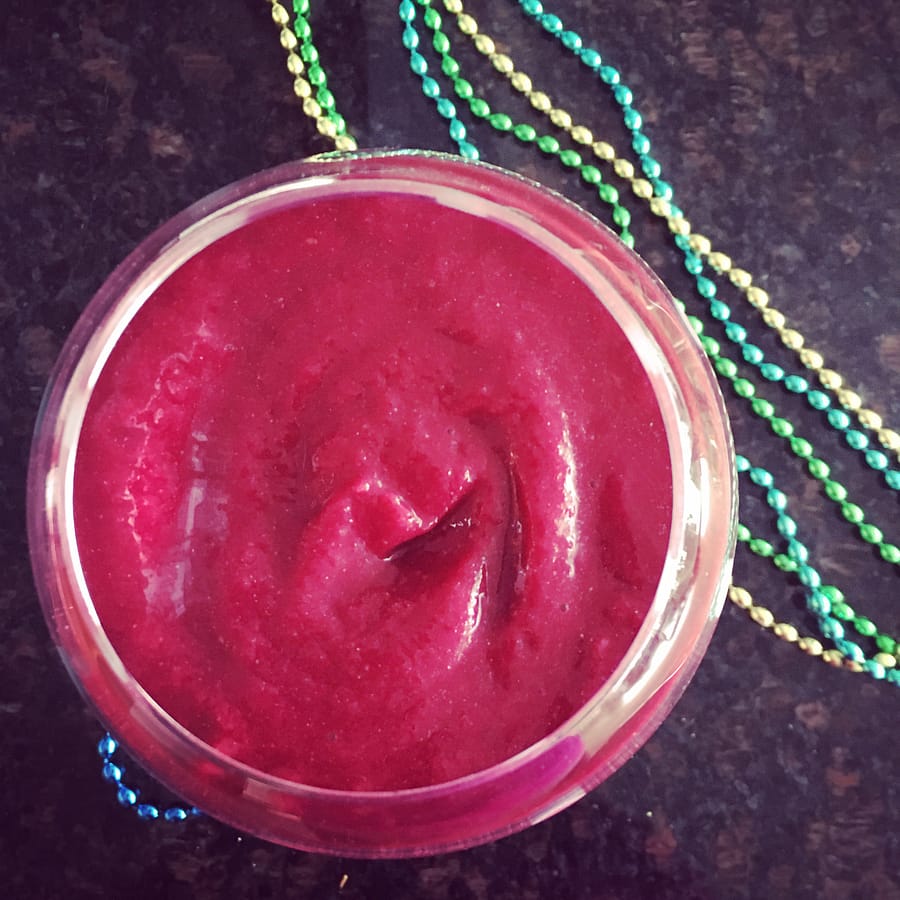 Monday morning after Super Bowl, I opted for the
Oh She Glows Pink Power Detox Smoothie

We woke up today and the Philadelphia Eagles are the Super Bowl champions. It’s strange. I never saw that coming, but hey, it really doesn’t make a difference in my life. I once dated a guy who cheered for the Eagles (and looked remarkably like Donovan McNabb I realized yesterday) so I guess he’s happy. To me it doesn’t really matter.

I’ve noticed lately that I get extremely emotional whenever I see someone doing really well at something; when I see someone meet a goal or finish a race or celebrate any kind of accomplishment. I just feel so much joy inside that it comes out in the form of really happy tears. And when there is someone else around to celebrate the victory with that person? I don’t even stand a chance. The more intimate the relationship, the better.

Did you see Nick Foles on the sidelines just as the game was ending last night? I would have been satisfied with a camera solely devoted to his reaction. He was in utter disbelief. His eyes were wide, his hands were on his head as it was, seemingly involuntarily, nodding up and down and he was someplace else. It was beautiful.

Do you know much about world champion quarterback and Super Bowl MVP Nick Foles? Do you know what Nick Foles has been through in the last year? This tweet sums it up.

He thought about quitting.

He became a back-up quarterback.

He got an opportunity.

He took advantage of his opportunity.

The lesson? Never give up. #SuperBowl

Less than one year ago, his team opted out of the second year option on his contract. He lost his job. Days later, he signed with Eagles for the second time in his six-year career, accepting a role as backup to the up-and-coming Carson Wentz. When Wentz suffered an ACL injury that put him out for the season, many (SO MANY) speculated that was the end of the Eagles for this year. Foles was written off as not good enough to take over the starting role and carry on the winning season. He did. In the final two games of the season, the team went 1-1 and they swept the playoffs to get to where they are today. Champs.

Nick Foles relied on his strength and his resilience and he woke up today as a Super Bowl MVP.

He is, of course, one of many people who helped the team to this huge accomplishment, but he may be the only one – at the most one of very few – whose name was named in all the arguments against them.

His story provides some real food for thought. I’ll definitely look back on it in the future and I’m sure it’ll continue to warm my heart. When you face adversity, do you rally your strength and push through it? Do you have faith that if you keep working hard towards your goals you’ll get there? Do you believe in yourself enough to keep going when everything isn’t going your way?

And as for the rest of the Super Bowl/Super Sunday festivities?

Halftime show: Okay, but what on earth was he wearing?

This Is Us: Super sad start and middle, nice end.

What were your thoughts? Did you enjoy the game?