When we woke up this morning, the first words out of Kevin’s mouth were, “what day is it?” Yep, the week still isn’t over yet, but almost.

Then the first article I read was this one that my friend Allison shared and it fired me up. 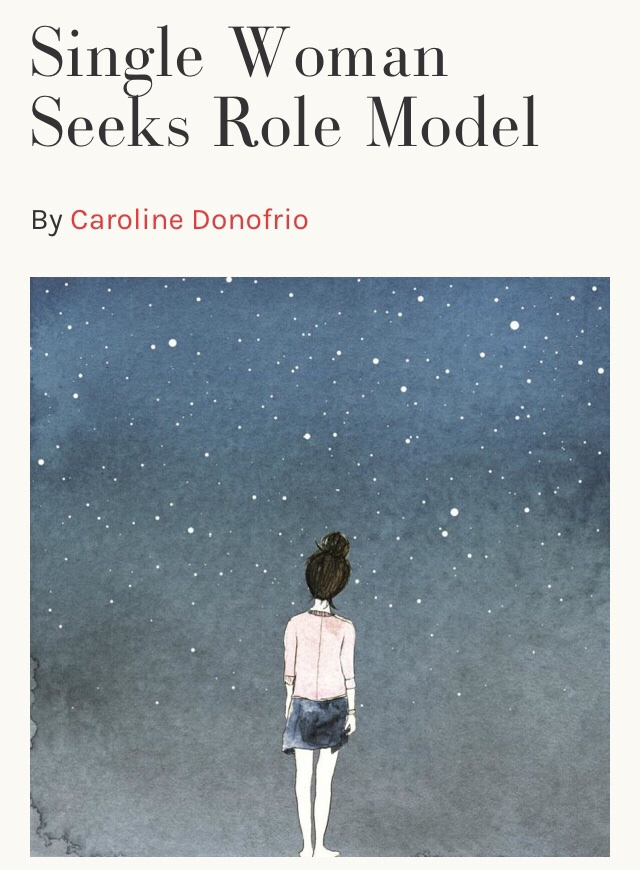 It reminded me of a lot of things – basically all the same feelings I had in my thirties. Floating. Swimming. Sometimes a little bit drowning. And it made me realize that there were even more times back then when I could have done with a little extra guidance.

It also reminded me of something I’ve been thinking about a lot over the past six months, maybe longer: for childless women over 40, single or otherwise, there is no media representation. This is a demographic that is just plain old ignored. Most of my friends are targeted for their varying stages of parenting, from having toddlers to teenagers graduating, young adults moving out. Me and my single friends? We’re past the glory of being single in our thirties. I’ll maintain that it was a glorious time, but, unbeknownst to me while I was living it, it was largely laced with the expectation that we’d come out the other side and still do the two things that define us as women:

Now that we’re aging out of the phase of ultimate possibility (in case it isn’t obvious, I mean that ironically), we’ve become largely invisible. That’s bothersome because some of my childless friends are also some of my most interesting ones. They travel. They create. They act. And it isn’t that my childfull friends don’t do those things, but the ones without children can throw their whole selves into the adventure of life in a way that isn’t distracted by the care of another human being. My childless friends are more free to spend their money in any way they choose instead of saving for diapers or braces or college. So, yes, it baffles me that this isn’t a better represented or at least more targeted group. Instead, we’re given two options to live out – cat lady or spinster (and they aren’t even that different – one has cats, the other doesn’t.)

Do you ever feel like child-free women over 40 have vanished into thin air? Am I missing some kick ass, 40+, childless experience sharers out there? If so, let me know!