Top Posts
23 for 2023: things we’ll do this year
What should I focus on on in 2023?...
Milk Fed
My Happiness Project: February
Be your own historian
Post-vacation blues
Bad habits
Home alone
What’s going on in your community?
Quick turnaround
Home TravelChicago 08.21.18
ChicagoRunningTDTFYHTravel

I mentioned a while ago that I’d recently had one if those whirlwind, “hey, do you want to go on this trip?” opportunities when my heart thought, “YES!” and my brain thought, “YES!” but my gut said, “you’re a grown up now and should probably think about these decisions a little more before you commit.” (Pfft.) Thankfully, when I mentioned it to Kevin, he was basically like, “duh.” So that snapped me out of it and settled the debate and now I’m going to Chicago for four nights in October. Hooray!

I’ve never been to Chicago, but it has always held a little fascination for me. I like big cities. All the culture and the action – it’s fun to explore and get to know a city’s character and some of the history that helped shape it.

When we first got engaged, we’d talked about having a destination wedding. Back in my doula days, I’d worked with a couple who flew to San Francisco to get married at City Hall. I’d always thought that was a cool thing to do so I’d suggested we do that – fly to come random big city and get married at City Hall. Once loved ones started suggesting destination weddings, I joked that yes, we would have one and I would watch their faces as their tropical dreams came crashing down as I declared that it would be in Chicago. Everyone gave me blank stares with the exception of my aunt who declared, “Great! I’ve never been to Chicago!”

Alas, that (and every other) wedding idea never came to fruition and I’ve still never been to Chicago. So when my girlfriend asked if I wanted to go with her over Thanksgiving (Canadian, thankyouverymuch) weekend, well, you’ve already heard the rundown of my inner responses. And now WE ARE GOING TO CHICAGO!

Despite it being at the top of my list of American cities I’ve never been to and would like to visit, I don’t actually know a heck of a lot about it. When I think Chicago, I think Blackhawks and I think The Break-Up, and, quite frankly, beyond that, I just don’t think that much more about it.

Such a great movie. And if I could go on Three Brothers tour of Chicago, I would. 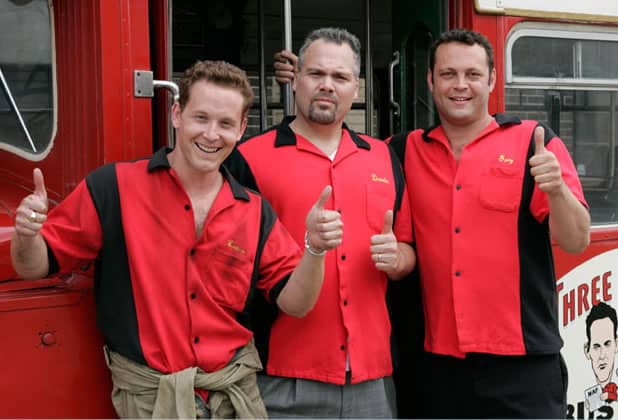 So far, here’s what I KNOW we are doing:

Things I think we want to do:

So, this is where you come in. What more is there to see? To do? To eat, drink, experience? Fill us in!