Top Posts
23 for 2023: things we’ll do this year
What should I focus on on in 2023?...
Milk Fed
My Happiness Project: February
Be your own historian
Post-vacation blues
Bad habits
Home alone
What’s going on in your community?
Quick turnaround
Home Travel 08.29.18
Travel

Do you ever stop to think about all the things there are to see in the world? About how, no matter how well traveled we become, we will never see them all?

Yesterday, a friend told me that she’d thought of me when, on a cross-Canada road trip last week, she’d unexpectedly encountered a field full of sunflowers as far as the eye could see. I teared up listening to her talk about how much of a delight and surprise it had been. When I asked if she had pictures, she said she hadn’t even thought of taking any and that made me even happier than I would have been if she’d shown me some.

I’ve never seen a field full of sunflowers, but I would love to. 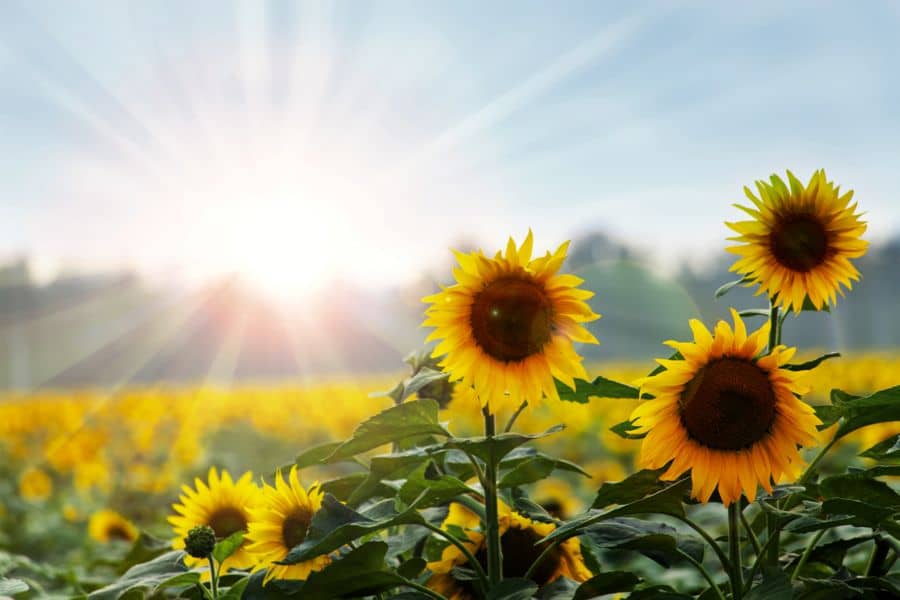 On Monday, I talked to my boss about his vacation and the part where he and his kids played around in the ocean phosphorescence near the cabin where they were staying. It prompted me to look back on my memory of the first time I discovered phosphorescence as a teenager working at summer camp. It seemed magical then and this week’s conversation reminded me how much I’ve wanted to show it to Kevin because he’s never seen it.

These two tiny chats are what really got me thinking about how there are so many things to see in this world – too many to ever see them all.

It’s a thought that I first remember having when I was in Barbados in 1997. During that week long trip, my friend and I made the most of everything that all-inclusive resort (I was going to link it, but just found out it’s been closed to make room for two new resorts) had to offer. We went on tours, we tried local foods, we participated in the activities they offered (I distinctly remember that The Macarena was still riding its wave in the Caribbean.) We ate plantains and catfish, learned how rum was made, wandered a flower sanctuary, explored pirate wreckage. On our last night there, I stood on the beach, looking around, breathing in everything around me. I told my friend that I was trying to absorb all that I could because I would probably never come back again. It wasn’t that I didn’t love it there or that anything was particularly bad about the trip. It was just that with so much else in the world to see, it wasn’t likely that Barbados would make it onto my itinerary again.

Like the time I watched Lost in Translation with French subtitles in a 15 person theater in Paris alone on Valentine’s Day or when I went to the top of the Empire State Building at sundown on an entirely different Valentine’s Day. Like the time we wandered the church outside of Prague that is decorated with the skeletons of 40000+ skeletons or the many times I’ve attended sporting events all around the continent – the 2014 Winter Classic in Detroit, the retirement of Vince Young’s college jersey at the University of Texas, the game between the Falcons and the Saints that was relocated to San Antonio after Hurricane Katrina and many, many NFL, NHL and even NBA games in dozens of cities.

I’ve done a lot, but still there’s no shortage of the things I’d like to do.

I thought of the people that I’ve met in my travels and the relationships I’ve fostered as a result. It’s a well known story that I met Amy at a winery in Oregon. Every September, I celebrate my anniversary with Evey and Chris after we met at a wedding that took place in Seattle while they lived in Boston. I’m still in touch with the Seattle grad student who sat next to me on a flight to Hawaii nearly eleven years ago and every Christmas I exchange cards with the Iowan couple I met on a guided tour of Normandy.

I’ve met some beautiful people and I take them as proof that there are so many more out there to meet.

????
Probably what I love most about an adventurous life is its unpredictability. Sure, you can have a list of places you want to see, but you never know the exact circumstances you’ll fall into, what little extras might make your experience more nuanced or transform them into a crazy story you tell at dinner parties for years to come. You don’t know who you’ll meet. You don’t know what you’ll eat, understand, feel. And make no mistake, an adventurous doesn’t need to involve travel. There are plenty of wonders to behold in our own back yards, but travel certainly does help expand the opportunities.

You may not be able to see everything, but never stop trying to see as much as you can.