Whenever I talk about watching wrestling, people always say, “I haven’t watched it since I was a kid.” It isn’t usually a statement. It’s a judgment. I shrug, laugh it off and carry on, but it is funny how much people write it off. 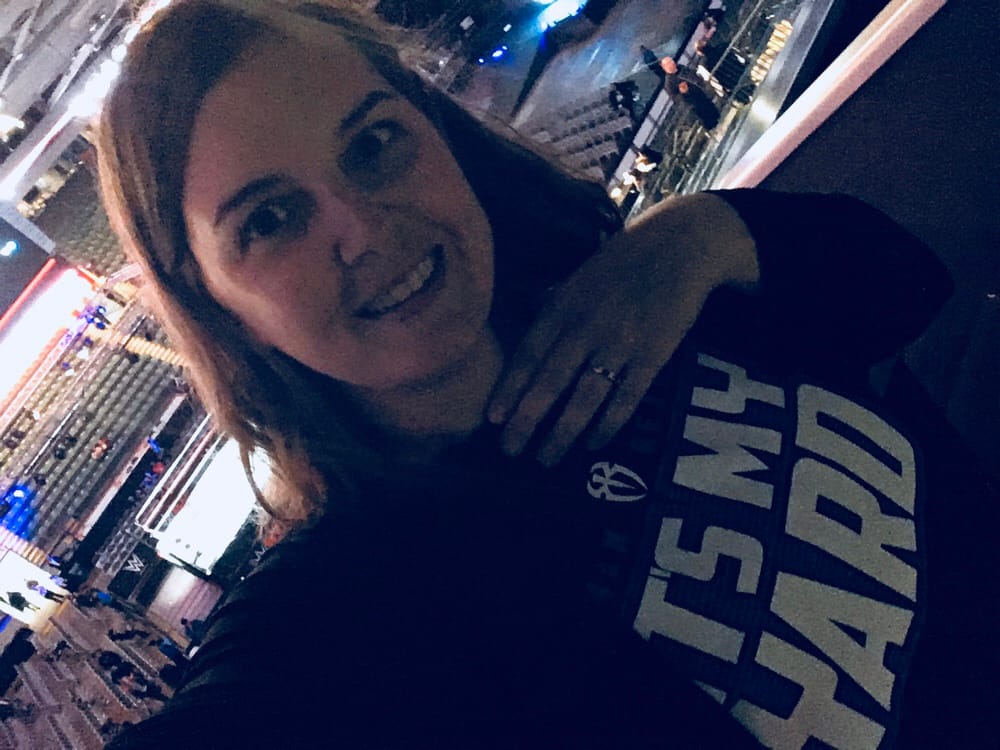 If it gets a further argument, people will say that it’s fake. Yeah, no shit. You know what else it is? Super fun.

Literally nothing has changed since you watched it as a kid and that includes the entertainment factor. It’s ridiculous. It’s weird. It’s good for a lot of laughs. If you loved it then, there is no reason you couldn’t love it now.

I hadn’t watched wrestling since I was a kid either. Then one afternoon of strolling around Orlando changed everything. Once we came home from that trip, we started to watch Monday Night Raw and Smackdown occasionally. And then we watched it more. Last October, Kevin was given tickets to a WWE live event where we got to sit in the Jack FM suite. We went and had an absolute blast. We went to the next local event in February and the weekly shows became standing plans at our house.

This year, the WWE has expanded its pay per view calendar to include an event every month of the year and we never miss one. September’s PPV, Hell In A Cell, was last night. Whenever we watch one of these events, I’m reminded of how enjoyable it is.

WWE continues to develop equally lovable and hatable personalities and to use them in storylines that will keep you guessing. Are they as good as the used to be in the Hulk Hogan, Macho Man, Andre the Giant days? I’d argue that they’re better. They’re deeper and more diverse and there are plenty of women who act as more than just arm candy. Sure, it isn’t the most intellectually stimulating entertainment, but it’s always a lot of fun.