In the middle of it, to be precise.

I was telling someone this past week that I used to be really resistant to thinking about work at home. It was an ongoing and snarky joke I’d tell, “as if I want to be thinking about that person when I’m lying in bed. In the past year, however, I’ve started to embrace exactly that.

I have mentioned before that I work with a LOT of people. There are about two hundred whose lives I can and do directly impact as it relates to their schedules and time off and there are between ten and maybe forty with whom I interact on a more managerial level less regularly. With the latter group, the thing that we are managing is the former group.

Schedules are a sensitive topic and for good reason. As such, and as we are going through generational and demographical changes, our approaches are in a period of great transition. Employee satisfaction and engagement is a very important topic to me and creative thinking about how to boost those occupies a great deal of my time. In parallel, our industry (manufacturing) is facing changes of its own. With warehousing costs on a constant rise and customers demanding more influence on our business, I also have to consider innovative approaches to our existing policies and practices to make all sides happy.

Does that sound exhausting? Often times it is. Thankfully, I also find it deeply rewarding.

I am very much a get it done kind of person. I much prefer acting over talking and I have little patience for complaining without making moves towards change. It has taken me a long time to appreciate the value of deliberation time and I’ve started to lean into that more and more. Now, to be clear, this isn’t an indefinite timeline. In fact, it’s very specific. I have learned to say both, “let me think about that” and to give it a deadline, “I’ll get back to you tomorrow/when I find out about X/after I talk to so and so.” The turnaround is often less than 24-48 hours. I do not stand still for long.

I am also a rule follower. In a union environment, that makes it much easier to do my job. I am clear on the expectation and I can critically think through an issue with confidence in my conclusion. As my boss once affectionately referred to me, I’m the most annoyingly black and white person he’s ever known. I took it as a compliment.

So, as a critical thinker who thrives on results, but is working in a time of great transition, I’m often challenged to come up with new approaches to finding traditional results in changing landscapes. Sometimes the road ahead is obvious. Other times it isn’t so clear.

In the past several months, my new approach has been to think it through and then let it go. And here’s the thing: it has worked like a charm. What I’ve found is that I deliberate on an issue, go home, forget about it and then I’ll wake up with the perfect solution. As I described it to this person last week, in my dreamy sleep state, I’ll often let go of my grip of traditional approaches just enough to be able to the answer the questions I’ve been facing in ways I would never come up with by the light of day. There’s a certain amount of out of the box processing that creeps in during the night and combines the perfect dose of knowledge with a matching measure of creativity. Together, they often result in progress and me standing in my boss’s office saying, “I dreamt the solution to that problem last night” or “I woke up at 3am and I know exactly what we need to do.”

To the me who was so deeply against using home brain power for work solutions, it’s been surprisingly rewarding and an interesting point of self-discovery.

I’d heard to the best ideas happen in the shower, but for me they come while I’m sleeping. How about you? 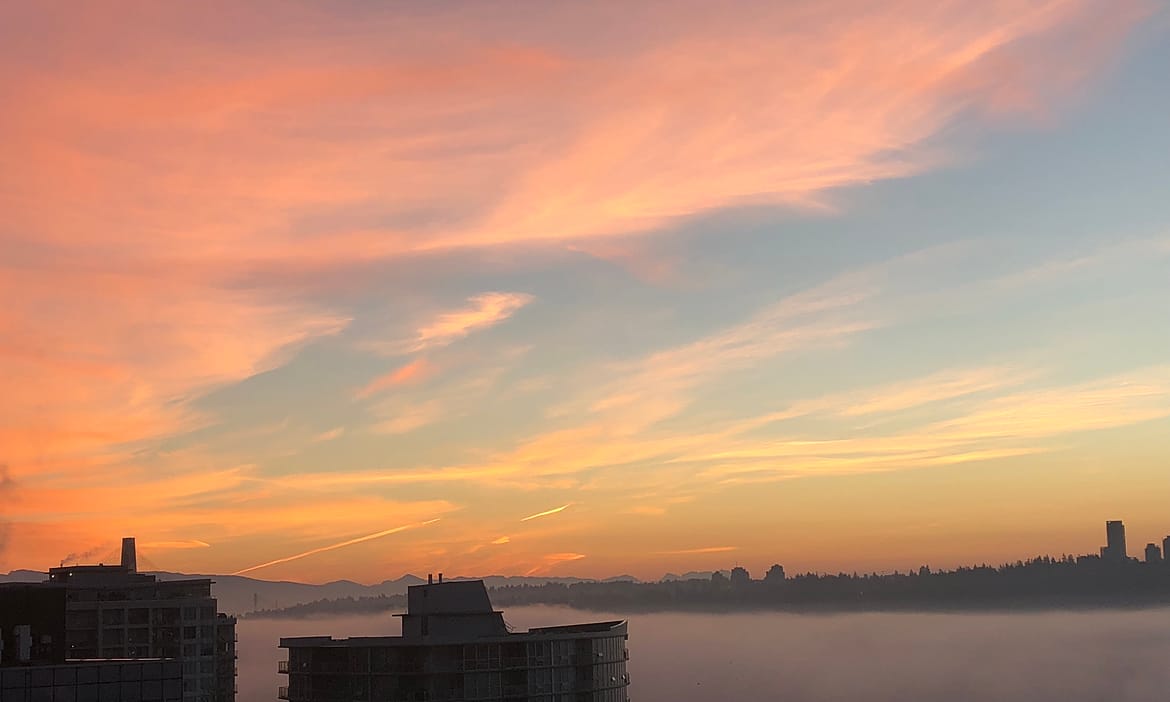 There was never a night or a problem that could defeat sunrise or hope.

Full disclosure: I wrote this post in its entirety between 230 and 4am this morning because I’d woken up with a great idea about a freelance project I’m working on. Apparently this process is successful both in and outside of the office.