First note: I love reading about your travels. Send me your travel posts, stories, notes, whatever. It’s my lifeblood.

Second note: my friend Rebecca is abroad with family at the moment and their first stop (after a long journey) was Capetown, South Africa. Read up about it here.

I had a few thoughts. As someone who has spent eight hours on a layover at Heathrow, I see her pain and I’ll even raise it. We were not in the lounge, but among the people. The also had no idea that a leg from London to Capetown would be so long. That, right there, showcases my geographical ignorance, I know. When I contemplate it, it makes perfect sense, but at first thought I just didn’t realize it was that far. Finally, I was fascinated about how she wrote about Capetown having perfect Feng Shui.

Looking to our own travels, today was race day. Pirate race day. And the reason we’re here in Washington State this weekend. 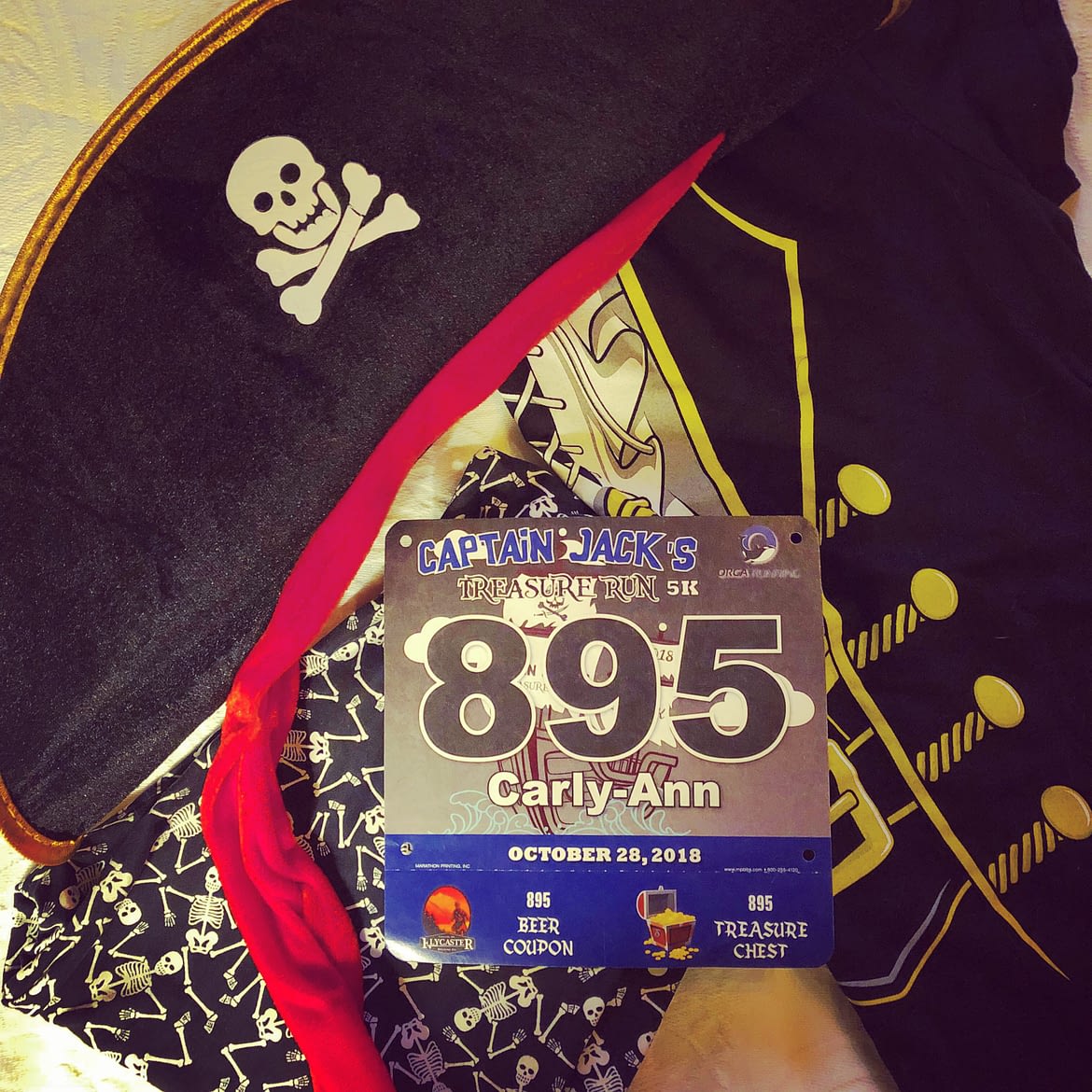 Originally, I had wanted to take Kevin to Los Angeles for his birthday this weekend so that we could do the Rock n Roll Half Marathon there, but scheduling got in the way and Captain Jack’s Treasure Run turned out to be the next best option.

I’m going to start by saying that Orca Running is the best organization around. If they are planning a race, you want to be there. Their races are reasonably priced, maximize the fun of the events and they’re good at paying close attention to little details that really add to the experience.

For some reason, the race was moved from Woodinville to Redmond pretty recently. Woodinville is pretty close to where we stay in Bothell, but Redmond isn’t too far either.

We arrived with time to spare. Pre-race communications warned us that parking might be an issue, but gave helpful tips on a nearby parkade. I’m not sure how dicey it got for latecomers, but there seemed to be plenty of room when we got there.

I’m going to give props to race organizers for giving this event a very reasonable 10am start time. You don’t see that often. With the exception of the RnR Vegas events that take place at night, every other race we’ve done has started earlier, in some cases, MUCH earlier.

So, it was bright, but the weather was unpredictable. When we went to bed last night, it was raining cats and dogs. When we looked out the window when we got up, it was wet, but clear. When we walked to the car, it was getting sunny. As we drove, it got sunnier and we started to rethink our costumes. When we arrived at the race area, it was gorgeous. By the time the race started, it was getting cloudy again and it even rained a little on our way back to the finish line. PNW running, pfft.

The course was a paved trail that was strictly out and back. Though there were times when you could see highways nearby, it was rather peaceful and beautifully surrounded by trees of all fall colours. There were a few dips underneath overpasses, but it was almost entirely flat.

There were about 1000 runners taking part today and organizers did a great job of managing everything, especially the start line. I might never have guessed that there were that many of us out there today.

Both before and after the race there was a little expo set up with a few interesting stops. Each entry also included a trip to the Treasure Chest after the race was over. When it was your turn, you put your hand in and got a piece of Orca Running swag. There were drink koozies, bags of candy, toques and things like that. Kevin and I both ended up with sunglasses.

One of my favourite ways Orca Running sets itself apart from other running companies: the post-race food. At My Better Half there was an oatmeal bar. At Birch Bay Road Race there was chili. Today was a little less monumental, but still delicious. We got bananas, mini bagels with cream cheese, Oreos, red vines and bags of chips.

Another great thing? Their staff and staffing. There is always someone around to answer questions, point you in the right direction, help you figure out what’s going on.

Races often advertise that there’ll be photo of the event, but after you’ve been to a few, you realize that there might have been one photographer who captured the start and the first 1% of finishers (aka NOT US.) Not Orca races! We were asked nearly ten times whether we’d like a photo before the race and there were a number of photographers out on the course. That said, running photos are awful 99.9% of the time so it isn’t like we’ll ever look at any, but it’s nice to have the option.

And they have great medals, too!

With a roster of twelve races around Washington state, many in the Seattle area, it’s worth the trip to check at least one of them out.