Top Posts
23 for 2023: things we’ll do this year
What should I focus on on in 2023?...
Milk Fed
My Happiness Project: February
Be your own historian
Post-vacation blues
Bad habits
Home alone
What’s going on in your community?
Quick turnaround
Home Books 11.18.18
BooksTDTFYH

After the Rock ‘n’ Roll Half Marathon last Sunday, I was WIRED, but Kevin, he was INJURED. We reunited at the finish line and we hung out with our friends for a while, but eventually we had to head back to our room. I had worked up an appetite and needed to get something to eat so I ran downstairs just in time to place one of the last orders of the day at Burger Lounge. The food was amazing and the staff were, too. That stands out as probably the best customer service experience I had in all of Vegas.

I got takeout and returned to the room where we ate our burgers and cheese-filled tots while watching the season finale of You. Twice.

Eventually, Kevin fell asleep, but not me. I basically pulled an all nighter, staying up until nearly 6am. It’s probably the closest thing I’ve felt to insomnia, though it was distressing. I felt basically indifferent to sleep. I wasn’t tired, physically or mentally. I just was. And after I’d had my fill of trashy hotel tv, I turned to my next book: There Are No Grown-Ups by Pamela Druckerman. 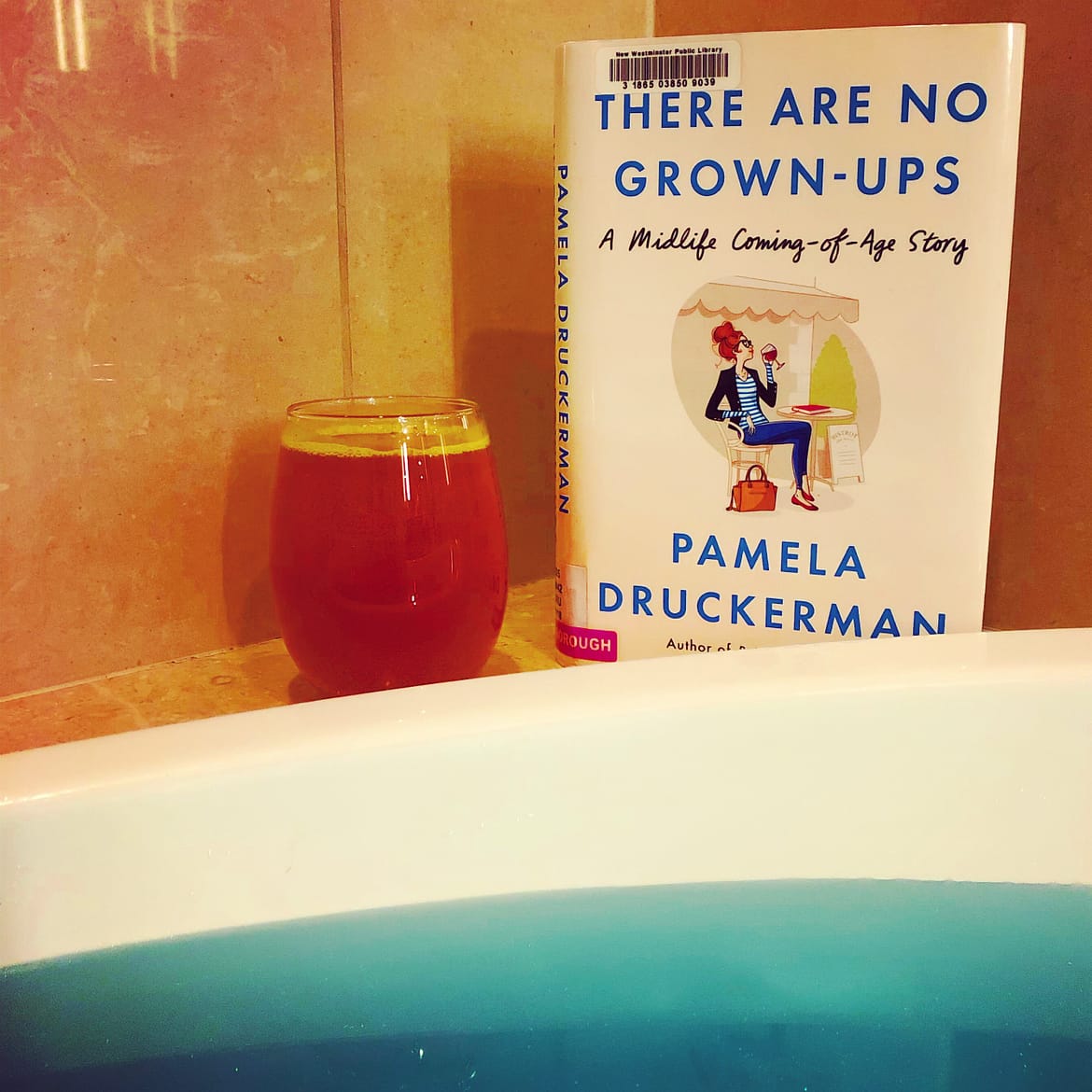 I’d read Lust in Translation, Druckerman’s first book years ago and I had loved it. I have a articulations affinity for books about fidelity and romantic relationships. Coincidentally, I believe that Courtney – the friend I’d randomly reconnected with for that 13.1 mile jaunt – actually has my copy of the book. (Or perhaps had – since it’s been years since we’d even seen each other, I wouldn’t blame her if she’d passed it on to someone else.)

I’d been tipped off to the existence Druckerman’s latest book earlier in the year with this article covering the new subject matter (her last two books had been about parenting in her new country, France) and the life that had happened in between. I put my name on the waiting list at the library and the book came in just before we left for Vegas. Hooray!

And that’s how I spent the hours after completing my third half marathon fuelled by a great book, Lush bath bombs and Nuun hydration tablets.

The primary theme for the book runs along the lines of “You know you’re in your forties when…” and the book is made up of a number of essays on the learning that we do in this decade.

I’m almost equally satisfied with saying no sometimes, but I’ve noticed that not everyone is as comfortable with it. For that reason, I wanted to share the bullet points that were included in the book. (Bold = her words, plain text = my two cents.)

Go forth and say no. You’ll love it.