Top Posts
23 for 2023: things we’ll do this year
What should I focus on on in 2023?...
Milk Fed
My Happiness Project: February
Be your own historian
Post-vacation blues
Bad habits
Home alone
What’s going on in your community?
Quick turnaround
Home Running 11.21.18
RunningSan AntonioTDTFYHTravel

It started raining here today. It may not stop for months. Or it may clear up and go back to what it was yesterday: perfection. It was cold-ish, but it was sunny. I don’t like it warm, but I do like it bright.

I just made a MASSIVE bowl of popcorn for my dinner and it feels like the biggest accomplishment/best decision I made all day.

I officially worked from home for my official first telecommuting day. (Is there any word more dated than telecommuting??) I chose today partly because I needed to get an early start, partly because I could get away to see my favourite doctor and mostly because I could. I almost never take a lunch break in the office because there are so many distractions constantly emailing or walking in my office door that I don’t ever feel like I’m getting anything done. Today I went for a walk in the rain to get a change of scenery and move my body and it was a great way to break up the day.

We’re just over a week away from our next trip, our last of 2018: SAN ANTONIO! 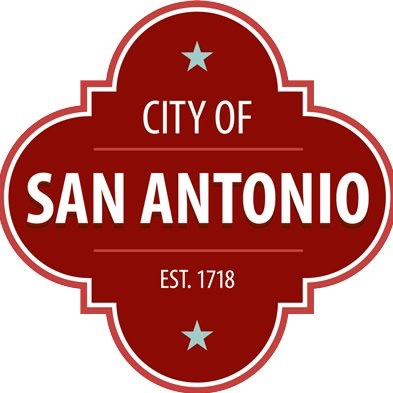 I’ve been in San Antonio once before, it was right around 13 years ago. I can always remember (or at least reference) the year because I was there as a result of Hurricane Katrina.

I’d been planning on seeing the Falcons play the Saints in New Orleans, but Mother Nature had other plans. If you’re a football plan, you may recall that the Saints were relocated to a number of different locations throughout that season. As luck would have it, the Falcons game moved to San Antonio.

I didn’t know a single thing about San Antonio before I went there and all I really know about it now is that I loved it there. But, I’ve generally loved my trips to Texas than I’ve loved my trips to other states.

The football game took place on the first day we were there and it was the first thing we really did there. As we looked down at the field, there were several rows of chairs set up on the Saints sideline. Standing around that area were probably 100 regular looking people, they could have been picked off the street. We found out a few minutes later that everyone who would be sitting in those seats was someone who had been displaced by Hurricane Katrina and who was living in a shelter in San Antonio. When the Saints took the field, they ran past that group of people and Joe Horn ran right over to a crowd of adults and kids alike and he danced with them. It was such a heartwarming interaction to witness.

The next day, we met a couple of guys in a tiny Mexican restaurant on the Riverwalk. After chatting with them for a while, they told us that they were on the field for the game and that they’d been displaced by Katrina. We ended up spending the whole day with them and it was one of the most meaningful experiences of my life to get to listen to their first hand stories of what it was like to live through a natural disaster. As people were moved out of New Orleans, they were moved further and further west, as far west as San Antonio. The people who landed in San Antonio were the last people to be evacuated. These men were two of them and I’ll never forget their stories.

Obviously, that was the most impactful part of a quick four day trip to the city, but there were a few other highlights, too. It was interesting to visit The Alamo and the Riverwalk was so beautiful and fun to explore. We’re planning to hit up both of those locations on this trip and we have a few other things in mind:

It’s also San Antonio’s tricentennial this year so it’ll be pretty cool to say we were there for part of that.

Still, we’re looking for travel tips. Have you been to San Antonio before? What are your can’t miss destinations while there? We want to hear about them!