Yesterday marked my fourth month of daily writing. Relatively early on, Lesley asked me what I’ve learned from writing every day. At the time, it had been maybe one month and I couldn’t really answer her. I thought about it, but it still felt relatively new and I’m somewhat oblivious to subtle changes so I couldn’t pinpoint anything specific. Now that it’s been 122 days (today is 123) I still don’t necessarily feel like I have any significant lessons to share from the act of writing itself. It’s been a good exercise is coming up with topics every day (and faking it, though poorly, some days) and committing to keeping the streak up. As I’ve covered a trillion times already, routine isn’t my forte so getting into one has been uncomfortable at times. I have aspirations of becoming more organized and actually planning some topics ahead of time, but I’m hoping that’s something that’ll come with practice. I can say that it’s gotten significantly easier to sit down and write something since I’ve given myself the freedom to have off days. It was surprisingly freeing to give up the naming practice and focus on dates instead and I’m contemplating going back to word titles in the new year. Thoughts?

I have had a few experiences when I’ve been reminded of one of my personal secrets of adulthood (inspired by Gretchen Rubin’s list of hers): people will always surprise you with (or without) their love and support. 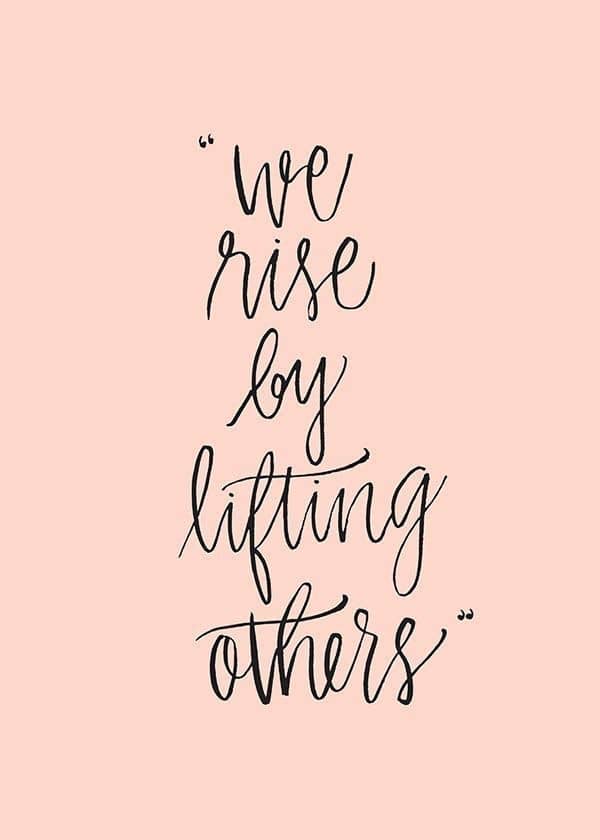 Every week, I am pleasantly surprised by the people who text me, email me, DM me to expand the discussion from my blog, to weigh in with their opinion or to suggest a new topic. I’m so touched when people share, retweet or comment on my posts. Just knowing that they’re being read shows an act of caring, of interest and it helps to push me forward on the days when I don’t know if it’s worth bothering. Some people I thought would be super bored by my writing are really responsive and have shown they’re more supportive than I’d ever imagined. I even feel like this experiment has developed some relationships that might not have flourished as much without the conversations brought forward by my writing and their reading.

Others, people I expected to be my biggest fans are, quite simply, not. They’re not paying attention or they were and they’ve lost interest or they’re mad/annoyed/indifferent/have some kind of bee in their bonnet. ????????‍♀️ We’re each on our own paths. Sometimes they come together and sometimes they break apart. And that’s all okay. What will be will be.

As always, I like to focus on the positive and the people that I never before knew were so deeply rooted in my corner? They make me really happy and they make me feel so grateful. To me, there is no better lesson than that. Thank you. ❤️????????

It’s good to be comfortable with being uncomfortable! A good life lesson applicable to many areas. The email delivery of a new TDTFYH post makes me smile. I look forward to the dailies as I like that your posts make me think and reflect, often on topics I wouldn’t have given any consideration to previously. Thank you for that. And we all have off days, we are human after all and making our way through this thing called life one step at a time.

I appreciate your support so much! While I wrote this, I thought a lot about how, while we were in our Chicago hotel room, I discovered that you’d subscribed by email. It made me happy then and it still makes me happy now. Thank you so much.