Top Posts
23 for 2023: things we’ll do this year
What should I focus on on in 2023?...
Milk Fed
My Happiness Project: February
Be your own historian
Post-vacation blues
Bad habits
Home alone
What’s going on in your community?
Quick turnaround
Home TDTFYH Relegation
TDTFYH

In my first act of entertainment for 2019, also my first date with Cara in the year, I’m heading to the relegation game at the World Juniors this morning.

It first came up when she told me she was given tickets while we were on our ride down to the Canucks game on the 22nd. When she said she didn’t know who she’d take, I loudly cleared my throat. Ahem. She exclaimed, “you said you didn’t want to go to the World Juniors” and I exclaimed back, “no, I said I didn’t want to see Canada it the US play.” And a date was made.

We talked about the game through the evening and again after she and I had gone back to our place and waited for Kevin to get home. After I told him that I was going to the relegation game, I started to think about what I know about the term relegation, particularly as used in sports. 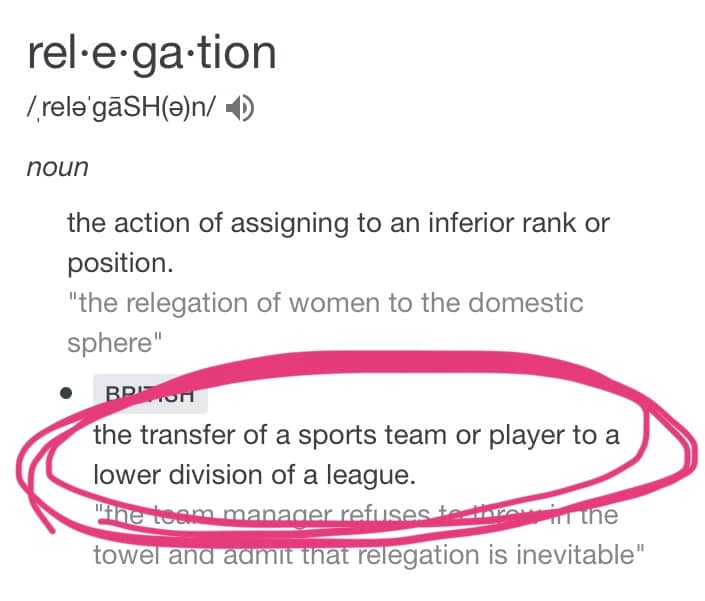 When we were returning after Kevin gave Cara a ride home, I asked home, “when you say relegation, does that mean the losing team doesn’t get to come back to the tournament?

The only time I’d heard about promotion and relegation was in British soccer and I realized that not only would I not be seeing the top teams (which is what I wanted all along) and I fully understood that it would be the bottom two teams in the tournament at this game – I just didn’t know that the loss would have long term impact on the team and possibly the hockey program in its country. I’m sure that with success at a world level, comes financial support and lack of success may put that support in jeopardy.

I have a lot of feelings around sports and I watch them with a high dose of compassion. I don’t like when people flaunt the failure of others and I don’t laugh when an athlete makes a mistake no matter how blunderous the blooper. I don’t belong at a game with this kind of an emotional charge.

And yet here we are.

Two teams of young players giving their all while representing their countries. Neither team has won a game all week, one team has yet to even score a goal. All we’re really hoping for today is that both teams play their best game.

UPDATE: At the time I wrote this, I thought that relegation decision remained a one game affair. We were informed as we were leaving the game that relegation decision has become a best of three series and that game two will be on Friday morning. We will, of course, be there because this morning’s game was OUTSTANDING! And I actually feel like I have a reason to care about this tournament!