Top Posts
23 for 2023: things we’ll do this year
What should I focus on on in 2023?...
Milk Fed
My Happiness Project: February
Be your own historian
Post-vacation blues
Bad habits
Home alone
What’s going on in your community?
Quick turnaround
Home TDTFYH Developing a Moon ritual
TDTFYH

Moon rituals have been a work in progress for me. Now that I’ve committed to doing them regularly, it seemed helpful for me to write about where to begin – for my own benefit and for the benefit of someone trying them for the first time. 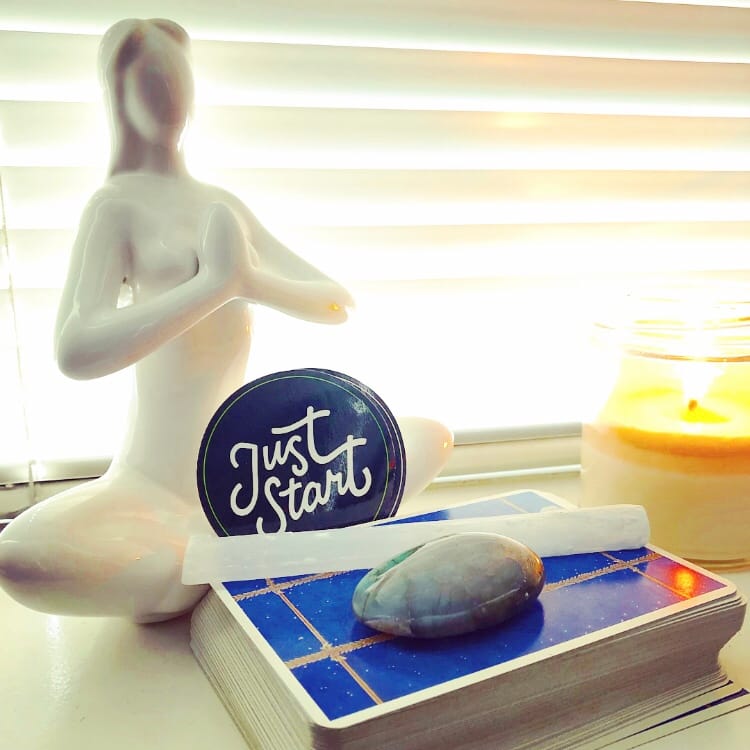 During one of my sessions with Stephanie Gailing, probably sometime in late 2017, we discussed the idea of me creating rituals around the Moon. Having been born under a Full Moon when it is was in the Moon’s ruling sign of Cancer, it’s easy to understand how or why I’ve always felt a strong attachment to that gorgeous orb.

I asked her, quite plainly, “so, how do I do it? Where do I start?” Her answer was the opposite of what I’d been hoping for. She supported through several ideas about honouring the lunar phase and she listed off a plethora of options for actions or things that I could consider including. In short, she gave me nothing concrete to work with.

My Sun Sign is Capricorn so I am nothing if I’m not pragmatic. I was looking for something that said, “Step one: Do this. Step two: Do that.” And so on. In my heart, I’d known what kind of answer was coming and though I could laugh about it – then and now – inside I still felt like I’d never get it.

It’s been over a year since then and I’ve been hit and miss about practicing my rituals. I’m more attentive to Full Moons so I certainly drawn to those ritual more frequently and steadily, but I’ve included a few New Moon rituals in there, too. And even though I haven’t been consistent, I am much better and much more confident.

If I had to give someone advice about how to get started, here are the two things I would stress.

One of my biggest hurdles was that second one. I didn’t know how to do it right and so what was the point? I didn’t share my actions as freely because I was afraid my mistakes would be pointed out by someone with more experience, more in the know. As I’ve learned to let go of good/bad, night/day, right/wrong, it’s become easier. Here’s the thing: YOU CAN’T BE GOOD OR BAD AT YOUR PRACTICE. It’s yours. You own it. Fuck anybody who tells you there’s anything wrong with it. (Which has never actually happened to me, but I sure have invested a LOT of time worrying about it!)

Here’s what I’ve learned and what I’ve started to incorporate into my rituals.

These are the basics that I use for my Moon rituals and I add and subtract things based on New/Full, the signs, my state of mind, etc. Maybe I’ll share some specifics related to how the New/Full rituals differ later in the year.

The length of time a ritual lasts varies greatly. Sometimes it’s a ten minute exercise while other times, it lasts an hour or more. I find myself feeling quite contemplative after I’m done so I try to keep my schedule clear for an hour or two afterwards. If I don’t, people and noises can feel invasive and it’s hard for me to adjust.

I have a couple more random notes I want to add because they’re pretty big parts of my Moon celebration.

Today’s New Moon in Capricorn takes place at 5:28pm PST. The Capricorn influence suggests that we focus on self-mastery, organizing ourselves and restructuring our thoughts.

I think Megan Skinner said it best when she said:

Key themes for this time: fortitude, grounded ambition, investing in the long-term and releasing what is unsustainable.

Stephanie Gailing also had some beautiful and expansive thoughts that can be found here.

For the record, if anywhere in the post, it says libation, it’s meant to say lunation. This phone is on the fence about whether it believes it’s a word and keeps autocorrecting at random.

The back to work eve blues