Libraries have been a hot topic for me lately. I’ve been discussing library status with far away friends and have discovered that my assumption that everyone has it as good as we do was wrong. I’d been lulled into a sense of universal paradise inside the walls of the local library by this piece and I’m truly proud/thankful/relieved that my experience is as positive. At the same time, I’ve heard from friends who *have to pay* to use their local library ($25-40/year) and others who aren’t comfortable visiting theirs because of violence in its vicinity. Both stories make me really sad because that just isn’t the way it’s supposed to be. The library is supposed to be for community, for growth and for freedom of information. Sigh. 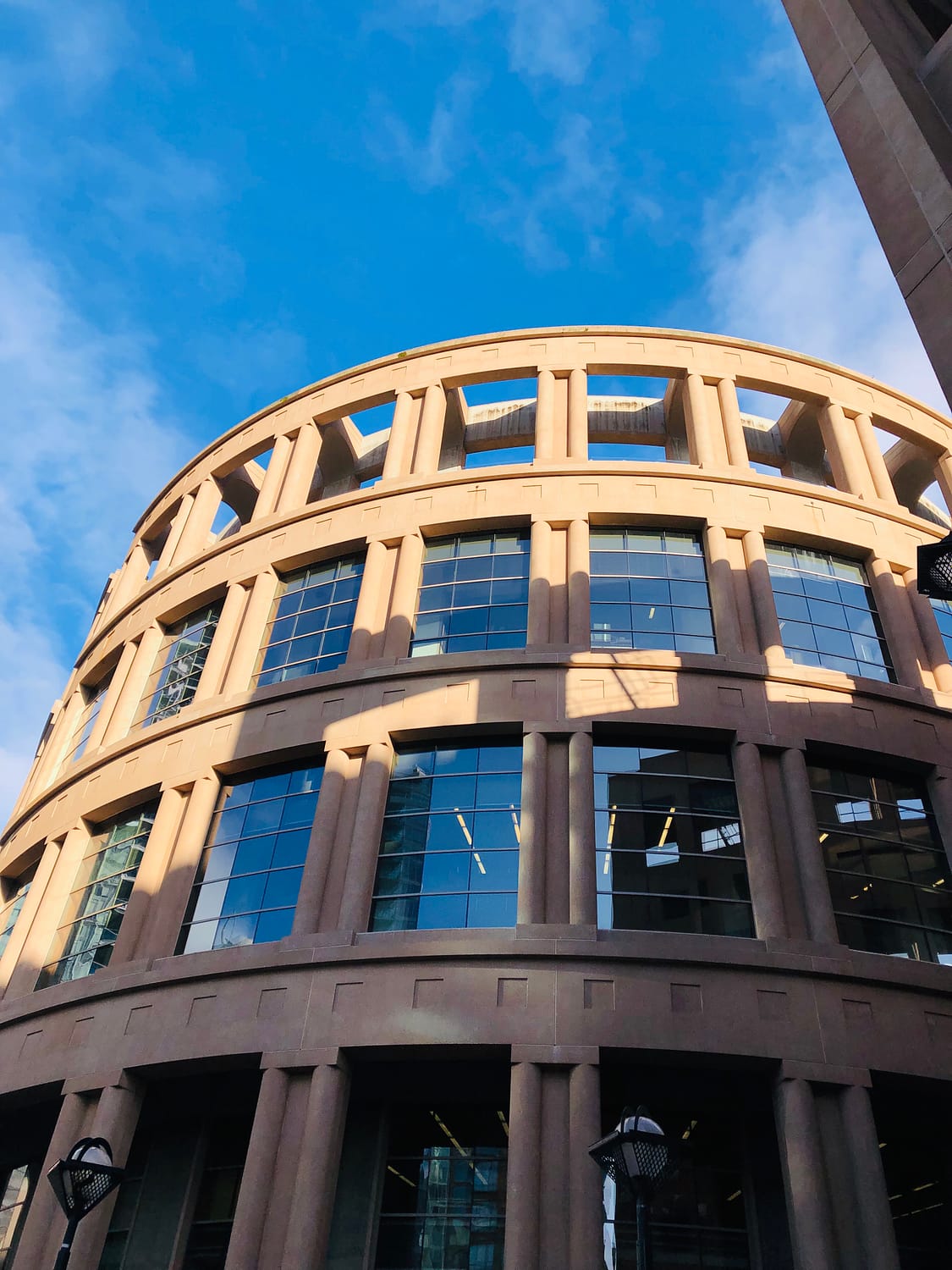 The other day, as part of our first monthly offline date of the year, we ended up at the Vancouver Public Library‘s Main Branch. If you’re unfamiliar, this is the one that was built to look like the Colosseum. As I mentioned in that post, it’s been open for nearly 24 years and houses 1.3 million items for reference and loan.

We headed there for an impromptu visit and we were certainly glad that we did! Neither of us had spent much time there, though I do believe that we had both set foot inside – I know I had, but I could be wrong about Kevin.

We parked nearby and walked around to the main entrance at the corner of Robson and Homer Streets. (Here’s how to get there.)

Through some of the discussions I’d been having, I’d been telling friends that here in BC we can borrow materials from other libraries using our local library cards and the first thing I wanted to do was verify that. Sure enough, one quick question at the very accessible information desk just inside the door and it was confirmed. The only thing I had to do was get my New Westminster card registered is their system. Even on a busy Saturday, I waited for just a few minutes and the process was complete.

I’m going to brag about the BC library system for a minute here. Using my New West library card, the Vancouver Public Library will allow me to take out up to fifty items at a time (including musical instruments!) and when I am done with them, I can return them to my only library who will, in turn, ship them back to Vancouver. Mind blown.

In the end, I didn’t take anything out because I’m on a self-imposed book borrowing ban (you know, focus) at the moment, but we did wander around for quite a while and I’ve been thinking of going back ever since.

We entered on the second, also the main floor. After getting registered and a quick bio break, we decided to head straight to the top and check out the newly opened rooftop garden. The cool, crisp day we were there was a perfect setting for taking a few minutes to have a seat, look around and enjoy the view. With plenty of bench and table seating and some gardens throughout the space, this is worth the trip up seven stories in itself. The view of the city made for great speculation and conversation. A coffee and a book would have made it a perfect setting.

Once we were ready to head back inside, we made our way downstairs slowly, stopping on each floor to see what was going on.

The entire library is well designed to allow open spaces for sitting, studying, communing. There were so many desks and chairs and opportunities to relax and actually enjoy the space. The building takes advantage of the natural light with plenty of windows and showcases both new and old in many areas.

I lost Kevin on the fourth floor where he remained to look at some books about sharks before I ended up on the second/main floor checking out new fiction.

If you haven’t already spent a few hours wandering the VPL’s Central Library, do yourself a favour and go check it out. It’ll restore any faith in libraries that you may have lost. I promise.

I almost made someone cry today