Top Posts
23 for 2023: things we’ll do this year
What should I focus on on in 2023?...
Milk Fed
My Happiness Project: February
Be your own historian
Post-vacation blues
Bad habits
Home alone
What’s going on in your community?
Quick turnaround
Home TDTFYH I almost made someone cry today
TDTFYH

I almost made someone cry today

It was in a good way. Well, sort of. Let me tell you about it.

So, we live in a, I don’t know, 30? (details aren’t my jam) story building. There are nine or ten suites on every floor (again, details.) Unlike other Strata groups we’ve lived under, this one is smart – and maybe lucky. They’ve invested in a full-time, live-in building manager (smart) and she is a workhorse (maybe lucky.) She has a couple of residents who also work for her, doing cleaning and a variety of other tasks. As a team, she and her right hand woman are around a LOT. They know everyone and where they live, what they do and what they’re up to without being invasive about it.

The building manager seems to do the managing and the Right Hand Woman does the dirty work – often literally.

A few months ago, we got in the elevator with the Right Hand Woman early in the morning. She was just taking her young kids to school, but she commented on how someone had spilled something sticky on the floor of the elevator and “what were residents going to think if they saw that.” We all went on our way and I presume she doubled back to clean up the mess shortly after.

Minutes later while we were in the car, I told Kevin how I was still thinking about it. I’m always in awe of the different types of people there are and how her reaction had been considerate of the residents when my reaction would have been, “screw these idiots.” I admire her sense of duty to the greater good because if I feel that, it’s a very rare occurrence and how lucky we are to live in a world where people like her exist and spread their good deeds and hard work. 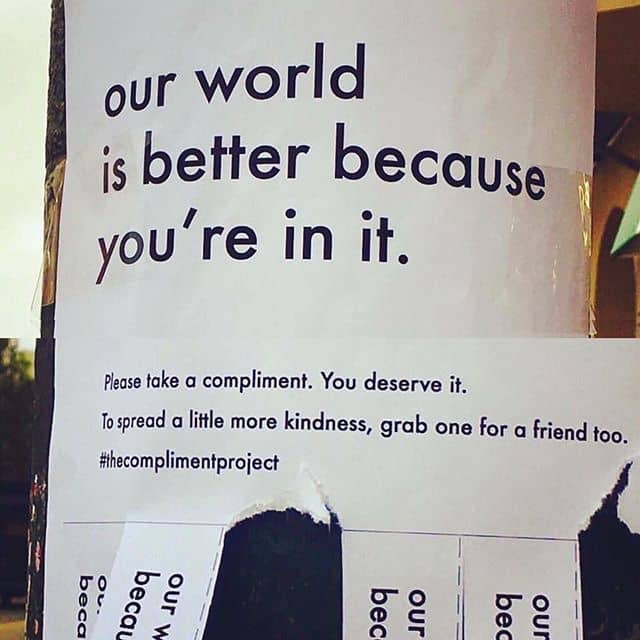 This morning, as I rode the elevator down, I found two bags of abandoned garbage just sitting in there. I mean, who does that?!? The two other residents I rode with were prepared to just leave it there because, well, that’s exactly what they did. I’d assumed it belonged to one of them, but when I realized that it’d just been left in there, I went back, picked it up and took it to the garbage room. (All the whole thinking, “screw these idiots.”)

I went on my way, completed my run and came back to the building. As I got into the elevator, the Right Hand Woman got in with me. We said hello and smiled. I scanned my fob and pressed the button for our floor then realized that she was there to just ride the elevator and polish the inside walls, door and panel. She asked me how Kevin’s back was today. I gave her a quick reply and asked how she was doing. She said she was okay and continued to work her modified Swiffer to remove some scuff marks off the wall. And then I told her that she did a really good job in the building.

Then she spun around and looked at me, her eyes already tearing up.

She said, “all we ever get are complaints. You have just made my whole day.”

It isn’t that I don’t think about how good a job she does – that they all do – every time I see her/them. It isn’t that I don’t appreciate their dedication at times when I can’t see them as well. It’s just that I’d never said it before. And, to be honest, saying it made my whole day, too. At the same time, it made me sad that so many people can live here and so many people can see these people every day and never think to say something nice. (Like I hadn’t.)

I recognize that sharing this may be bordering on the does an act of kindness really happen if you never post about it? behaviour that I railed against last month, but that isn’t why I’m sharing it. I’m sharing it because it never hurts to tel someone that you notice what they’re doing or that you value their contribution. The world needs the people who are going to take care of us all and it needs the people who are going to let those people know that we’d be lost without them.

Here’s my own story of being on the receiving end of a compliment that still makes me feel warm inside.

Also, check out the Compliment Project where I picked up that photo and found printable for the poster featured in it and seven others!

Finally and for the record, I do know the same of the Right Hand Woman, I just didn’t want to use it.

Things I do every day