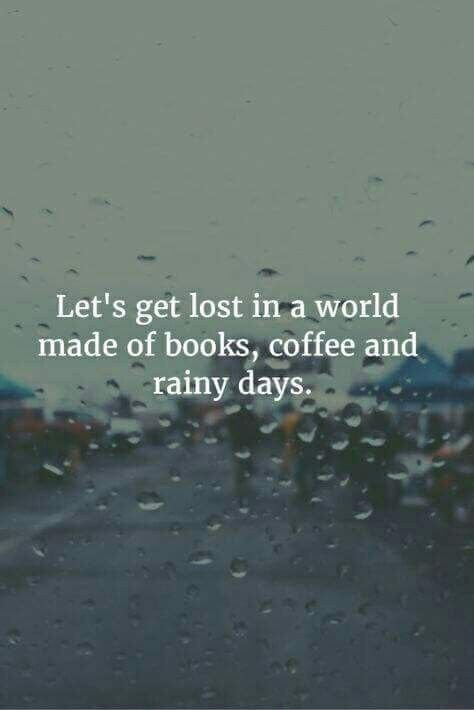 I tweeted this earlier today. It want actually rainy here, but it was cloudy and a little gloomy. And I decided to give my legs an extra day off between runs. And we decided early on to skip our plans for the evening so we had nothing more than a trip to the library in our to do list. So, without the rain, that left us coffee and books. I finished one book and then I plowed through another. The whole thing. If I didn’t have Kevin prompt me to get out for a walk, I might have done it all in one sitting. Instead, we broke for a trip to the library where I found out that the renovations are going to close its doors for a whole month in March (WAAH!) and then a stroll along the boardwalk.

Back home, more reading because I LITERALLY COULDN’T PUT ANY MAN DOWN and then some dinner and a movie. Pretty darn divine, imo.

For the past week, I’d been reading Conceivability by Elizabeth Katkin and it has been FASCINATING. I’ve been pretty interested in reproductive health since I was really young. This book provided an in depth look at modern Assisted Reproductive Technology (ART) and many of the aspects worth consideration. Moral issues, ethical issues, financial issues, scientific issues, things I hadn’t even considered. IVF, IUI, sperm donation, egg donation, mitochondrial donation, surrogacy – it’s more complex than I ever knew. The only time I could put this book down was when I needed a minute to digest something I’d just read.

P.S. Did you know the US has refused federal funding for fertility research since 1974?!? Shame on you, America.

I don’t even know how to describe Any Man by Amber Tamblyn so I’m going to borrow from the Harper Collins page for the book:

In her blazingly original and unforgettable debut novel Any Man, Amber Tamblyn brings to startling life a specter of sexual violence in the shadowy form of Maude, a serial female rapist who preys on men.

In this electric and provocative debut novel, Tamblyn blends genres of poetry, prose, and elements of suspense to give shape to the shocking narratives of victims of sexual violence, mapping the destructive ways in which our society perpetuates rape culture.

A violent serial rapist is on the loose, who goes by the name Maude. She hunts for men at bars, online, at home— the place doesn’t matter, neither does the man. Her victims then must live the aftermath of their assault in the form of doubt from the police, feelings of shame alienation from their friends and family and the haunting of a horrible woman who becomes the phantom on which society projects its greatest fears, fascinations and even misogyny. All the while the police are without leads and the media hound the victims, publicly dissecting the details of their attack.

What is extraordinary is how as years pass these men learn to heal, by banding together and finding a space to raise their voices. Told in alternating viewpoints signature to each voice and experience of the victim, these pages crackle with emotion, ranging from horror to breathtaking empathy.

As bold as it is timely, Any Man paints a searing portrait of survival and is a tribute to those who have lived through the nightmare of sexual assault.

It’s hard to say the book was enjoyable, but, damn, it was compelling.

Things I do every day