Top Posts
23 for 2023: things we’ll do this year
What should I focus on on in 2023?...
Milk Fed
My Happiness Project: February
Be your own historian
Post-vacation blues
Bad habits
Home alone
What’s going on in your community?
Quick turnaround
Home Books One of my own
BooksTDTFYH

One of my own

I mentioned the other day that as part of the final renovations, my library will be closing for over a month. I’m sad that I won’t be able to go there, I’m worried about my weekly routine and recapturing it when they open up again and I’m scared of going back to regular borrowing periods. I’m kidding about that last part. (Sort of.)

They’re two months ahead of schedule and that’s pretty impressive. I’m super excited to see the new library and all the work they’ve done in there. It’s going to be a great reveal! 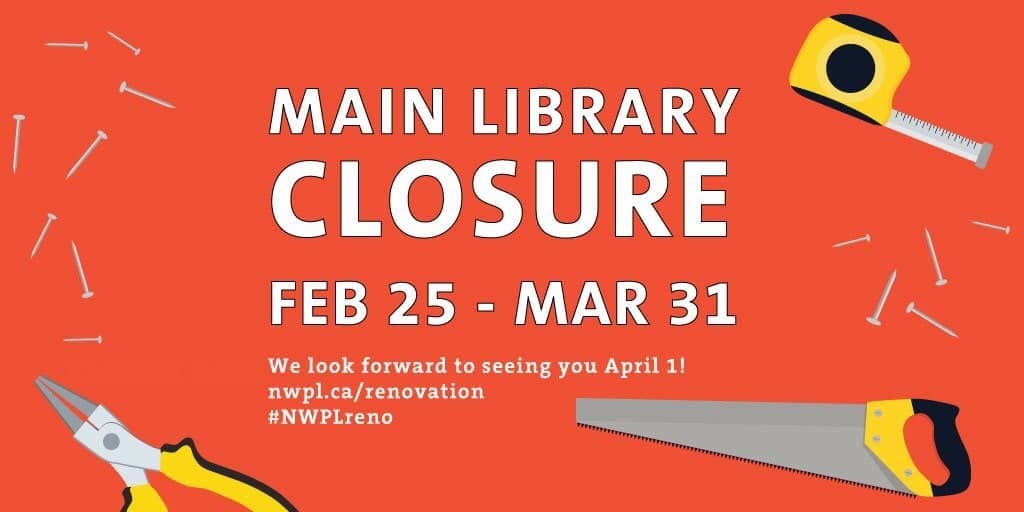 I think this closure is relatively new information for the general public at least. I just noticed the posters at the library on Saturday and since then I’ve found a few posts sharing the information around social media.

Which is *precisely* what I’d been thinking and when I said so, she replied to me:

unpaused a TON of holds for this

Which is *exactly* what I had done.

And now I’m pretty sure we’re going to be best internet and library friends forever.

Again, I’m kidding. (But there are definitely worse possibilities out there.)

So, yes, I’m just over here maximizing my book hoard in preparation for the month of March.

If you’re in or around New West, do the library staff a solid – go for a visit and check out a few books, CDs, DVDs, whatever tickles your fancy. The less that’s in the library, the less they have to move.

It looks like Project: Help NWPL by Borrowing All the Books is back. ????

The strategy of scheduling