Snow and the highlight of my weekend

If you live anywhere in the vicinity of the Pacific Northwest, I’m sure you have heard about the snow one thousand times already. It’s crazy. So crazy, in fact, that I went into Rogers Arena at about 11am today and it was sunny and there didn’t seem to be a cloud in the sky. It was a gorgeous day. When I came out maybe an hour and a half later, EVERYTHING had changed. The key was white, the winds were blowing and the snow was floating down. The first thing Cara said when we left the arena: “I didn’t think it was supposed to snow.” It wasn’t. I know because I’ve been watching the weather forecast like it’s my job, waiting and wishing for an opportunity to get out and run. I think that’s why I’m feeling so out of it these days – I need to move, damn it!

But speaking of jobs…imagine if you performed your job with the precision of a meteorologist. Cara was right – snow was NOT in the forecast, yet when we looked at our weather apps, they indicated there’d be snow for the remainder of the afternoon. And the end the the prediction keeps getting pushed back as we hit the market, but the snow hasn’t stopped. I mean, COME ON, MAN.

So, it’s snowing and snowing and I’m sure anxiety is rising in many who have to head into school or work in the morning. I’d already planned to work from home tomorrow so I’m off the hook, but I feel for everyone who’ll be waking up every hour tonight to take a peek out the window.

Snow in BC is no joke. People from the east love to mock how panic stricken these areas get, but I’m going to defend my people even though I don’t really count myself as someone who is particularly bothered by it. We get snow once or maybe twice a year. It’s IMPOSSIBLE to learn to properly deal with that whether driving or just getting by. If we had a bit more time with it, if it stayed for just a while longer, we’d be way more capable of coping. Go easy on us.

Anyway, it’ll be all anyone talks about related to the weekend, but it was just a fraction of it.

Today, we went to the Canucks season ticket holders open practice at Rogers Arena. We are some popcorn and a hot dog and watched some hockey drills. It was kind of interesting.

My real weekend highlight, though, was visiting Catalyst Kinetics which is the primary clinic where Kevin is being treated for his injuries. His care has spanned chiropractic, naturopathic and included nutrition and other health counselling.

At Catalyst Kinetics in Burnaby, our team is interdisciplinary – doctors, chiropractors, physiologists, kinesiologists, therapists, trainers and coaches work side-by-side. Together, we explore who you are and oversee your progress each step of the way. As a team we unlock your genetic potential. 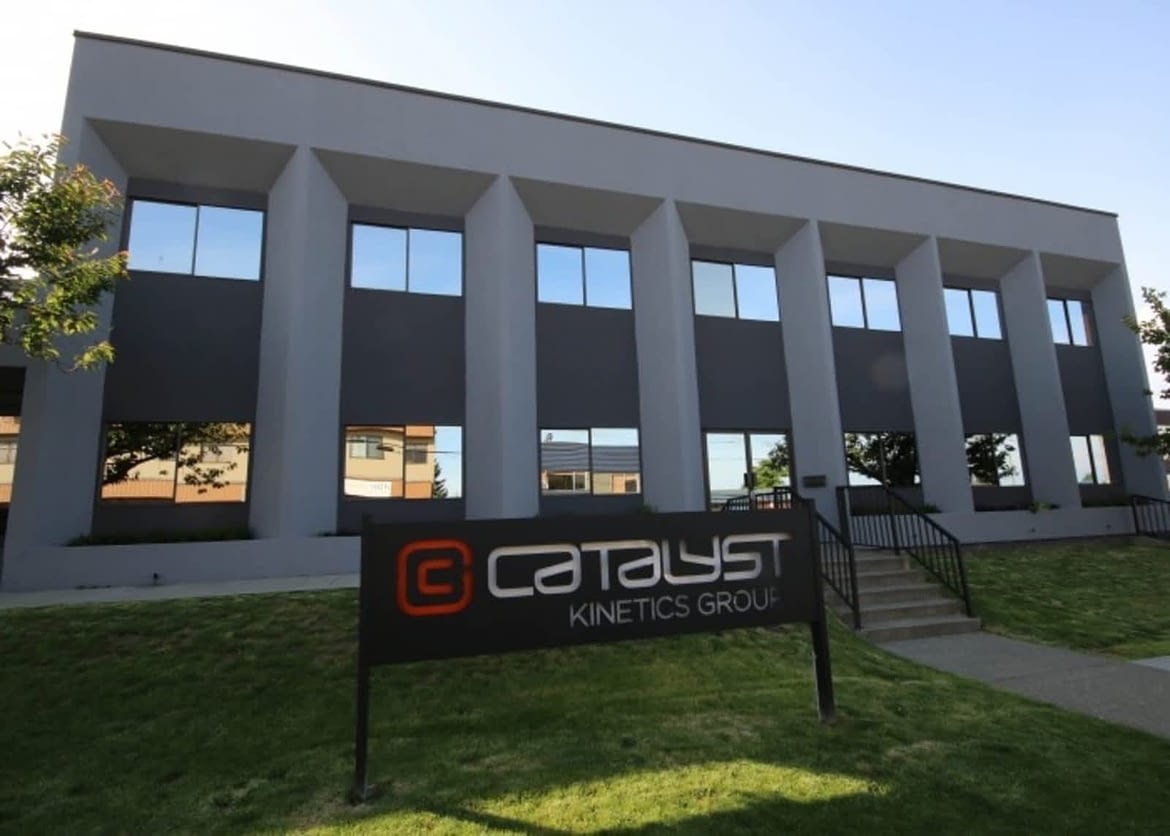 Yesterday, I went with Kevin for his spinal decompression appointment because he’s been raving about the place and I wanted to take a look. I met one of his doctors, Zain, and he was nice enough to give me a tour after Kevin’s treatment was done. The place is gorgeous. The hallways are lined with the jerseys of professional athletes who have been treated there – you could spend a lot of time checking them all out! There are several gyms, a small training pool and tons and tons of treatment rooms. I love their approach and how they share patients across treatment approaches. After we left, it only took me about thirty minutes to check out all the naturopaths who take appointment there, pick one and make an appointment. I was already in the market for a new ND so I am THRILLED.

Check out this virtual tour:

What did you do this weekend? What was your highlight?

How you judge a book

I’ve had a session in their pool complete with video playback and improvement tips. Beautiful place. Still considering seeing a naturopath so let me know how it goes.
And thankfully, while my half marathon this morning was flippin’ cold, it wasn’t in the snow!