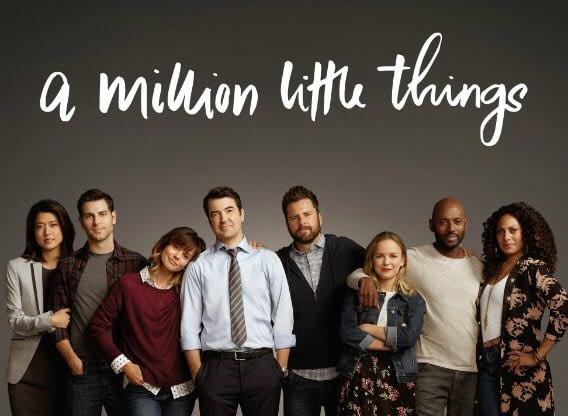 It has been said that friendship isn’t one big thing, it’s a million little things. That is certainly true for a group of friends from Boston who bonded under unexpected circumstances. Some have achieved success, others are struggling in their careers and relationships, but all of them feel stuck in life. After one of them dies unexpectedly, it’s just the wake-up call the others need to finally start living. Along the way, they discover that friends may be the one thing that can save them from themselves.

I had high hopes for this show. I thought it could be my next indulgent, melancholy drama that would provide an additional and reliable weekly cry fest. (As if This is Us isn’t enough.) It isn’t true that it hasn’t provided any intense emotion, but there have been some road blocks. I don’t like to focus on the negative so instead, I’m going to highlight some of higher points.

The only real downside is adjusting to the cast. I find a couple of characters to be a lot, but so far they’ve been mostly worth it. (We’re only on episode seven – ten more to go in the season.)

Lots of water. Lots of sleep.