Top Posts
23 for 2023: things we’ll do this year
What should I focus on on in 2023?...
Milk Fed
My Happiness Project: February
Be your own historian
Post-vacation blues
Bad habits
Home alone
What’s going on in your community?
Quick turnaround
Home TDTFYH Medical overload and recovery
TDTFYH

Today, I did something that I’ve been looking forward to for more than a month: I had an appointment a new naturopath. I met her and in minutes it was like the sun came out, the birds started chirping and everything got just a little bit better.

I booked my appointment after we visited Catalyst Kinetics back in February. Like, a minute after. We left and while we were in the car, I browsed the NDs who called Catalyst home, read the bios, chose the one I thought suited me best and made an appointment. All before we’d reached our next stop.

You see, while we’d been toured around the facility, I’d had the feeling. The feeling that I usually get when I’m taking the best care of myself and my body. For me, that means regular care, but not of the traditional medical variety. I appreciate that there’s a place for the MD down the road and I have one of my own who I like and respect. I just prefer to get my care from professionals who are more interested in whole body care than focusing on specific symptoms independently.

Sitting in Dr. Shannon‘s office today, doing the initial intake chit chat involved in introducing her to my medical history, I realized why it’s been over a year since I’ve seen an ND or even had an acupuncture treatment. I was in medical overload. Medical exhaustion.

Over the years preceding, I’d had some pretty significant medical experiences and they’d meant that I had to be doing a lot of appointments. Appointments with my doctor, appointments with my specialist, further appointments with my support cast. I was in an appointment literally every day for months. It was non-stop and it was exhausting. So when it was all through, I rejected all of it. Yes, I’ve maintained the care and checkups that were necessary, but anything extra was unthinkable.

I started to feel the itch last September. I remember it. As we settled into that September is the other January feeling, I started to think back to times when I’d been on my game and keeping up with the care that is so meaningful to me. I think I just needed to give those feelings a little time to mature because as soon as I walked into Catalyst that day, I knew I was ready.

My appointment today was refreshing, invigorating and motivating. I’m so excited with the ND I chose for care and I’m excited about our plans. 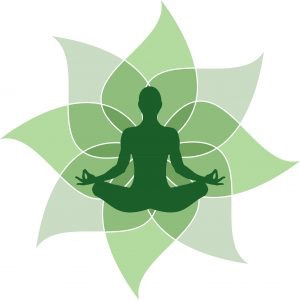 Ever wondered what it’s like to see an ND? Here’s a Q&A about just that with Dr. Shannon that I found.

A great time to read this – have been considering seeing a Naturopathic Doc for a while. Think it is time. Thank you for the prompt.
I agree – there is a place for GPs but often the medical system is so focused on managing symptoms they forget about looking for the root cause of the symptoms. I want to be seen as a WHOLE and have someone help me be the best me I can be.