Top Posts
23 for 2023: things we’ll do this year
What should I focus on on in 2023?...
Milk Fed
My Happiness Project: February
Be your own historian
Post-vacation blues
Bad habits
Home alone
What’s going on in your community?
Quick turnaround
Home TDTFYH My go to tv show
TDTFYH

My go to tv show

Have you caught up on this week’s episode of This Is Us yet? It wasn’t super eventful, although the ending. Hmph. I’ll be looking to see what happens there next week. But, no spoilers, I promise.

There’s one part where someone is talking to someone else about recovering from a breakup. She says something along the lines of,

I was still in that phase of only wearing sweatpants and rewatching every episode of Friends.

It isn’t the first time someone’s said that, of course I’ve heard it a million times and always the same. Friends. I wouldn’t watch that. There isn’t even a tiny part of me that would choose that show if I was in a funk and needed a pick me up. I don’t mind it, it’s a perfectly fine and funny show. It just isn’t my go to.

So, I asked myself which show I would watch. Even thought I’d intended to spend a little time soul searching, it came to me right away. The answer was easy.

Sex and the City. 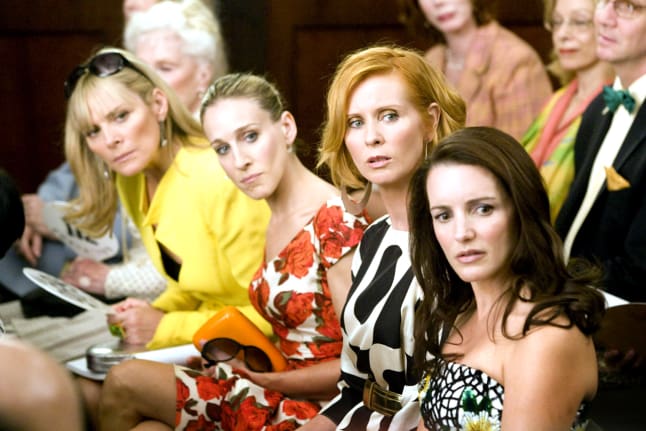 I don’t always love every moment of it. I am sometimes annoyed, frustrated, enraged and even embarrassed by the antics portrayed, but I still love it. I laugh with it, I cry with it. I feel vicariously mortified alongside it, too. In a good way.

I watched the last few seasons of it while they were airing on tv. I caught up on most of the rest of it on syndication. A few years ago, I went back to the beginning and started all over again. I didn’t love the first few seasons and I liked the final season, but I wasn’t the best. I prefer the time around seasons three to five. By the the show had established its tone and had a distinct feel. Boy, did I like that feel.

I’ve actually been thinking about going back and starting over again. I don’t know if there’s ever been a show I’ve found more impactful than that one. I found something I could identify with and I think it’ll always feel like a part of my life.

Which show do you watch when you need an emotional boost?

The power of light