Top Posts
23 for 2023: things we’ll do this year
What should I focus on on in 2023?...
Milk Fed
My Happiness Project: February
Be your own historian
Post-vacation blues
Bad habits
Home alone
What’s going on in your community?
Quick turnaround
Home TDTFYH More hockey
TDTFYH

This is playoff hockey, part two. 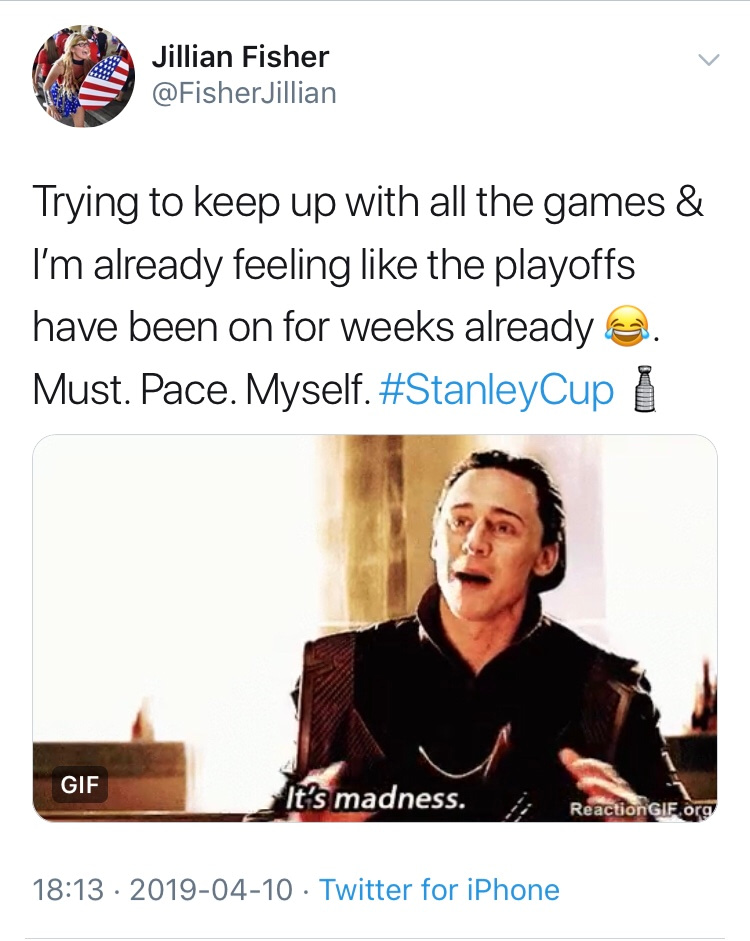 Like Jillian Fisher, I am feeling a little bit overwhelmed. I wasn’t last night, but tonight, a little. I didn’t train for this. I wasn’t ready. And, yet, I soldier on.

Here are my quick thoughts on these series.

Leafs-Bruins: This is the series that makes me most nervous of all of them. It’s one that I care about more than others because it could eliminate one of only a couple of teams that I’d be happy to see make an early exit. That team isn’t from Toronto.

Hurricanes-Capitals: I’m Switzerland. I don’t really care about any of the Caps who are not named TJ Oshie and damn it would be fun if Carolina did something with this opportunity. Bunch of jerks.

Avalanche-Flames: I have a soft spot for the Flames. Partly because I love Calgary as a city. Also because I love Johnny Gaudreau. Bonus: Garnet Hathaway is on my list of best NHL names. Top five, even. Colorado? I don’t have anything against them, but I don’t really have anything for them either.