Top Posts
23 for 2023: things we’ll do this year
What should I focus on on in 2023?...
Milk Fed
My Happiness Project: February
Be your own historian
Post-vacation blues
Bad habits
Home alone
What’s going on in your community?
Quick turnaround
Home TDTFYH End of Lent
TDTFYH

I’m not going to lie, those three words were googled a number of times over the past six weeks. Every time, at a particularly challenging point, I would double, triple quadruple check that Lent came to an end on Thursday, April 18th.

We’re in the clear!

But here’s the thing: as challenging as it has been, we’re sticking to it. For Kevin, of course, as he recovers from his injury, anything that battled inflammation is key. He feels like his body is moving better, his head is cleaner and his team of practitioners is happy with his progress. Coincidentally, his barista got his order wrong this morning and served him up with a venti americano. Of course, he’d nearly finished and was feeling jittery and foggy by the time he double checked the tag on his cup. While we’d both already felt fine with kissing coffee goodbye, we had a long conversation about how it made him feel and really confirmed that continuing with the coffee ban is the right thing at this time.

Kevin has been given the green light to start testing new foods – egg whites or corn. Even though that was the answer he got from his nutrition coaches, he says he’s feeling so much better that he actually doesn’t want to change anything just yet. 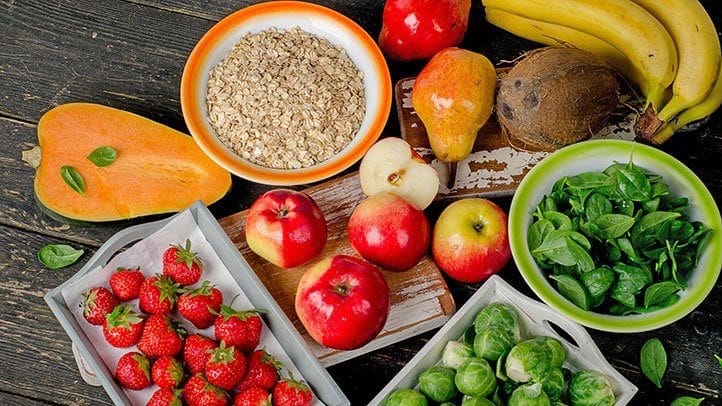 Me, I’ve got this new protein challenge which is exhausting me. I’ve realized that I don’t eat three meals a day consistently, let alone protein rich ones. Yeesh. Every day so far, I’m almost obsessed about it. On an episode of Spiritualish podcast that when approaching eating restrictions or goals, a good way to prepare is to always know what your next two meals will be. So far, it’s working.

In addition, I’ve started some new supplements to aid digestion and they’re starting to have some really lovely effects. Dr. Shannon has advised that I might feel more energetic as a result. Nothing makes me happier than the possibility of increased energy!

So, while we survived the six weeks of Lent, it isn’t really over for us. We’re just going to keep on fighting inflammation as best we can.

How did you Lent practice work out? We’re you successful? More importantly, what did you learn?