Top Posts
23 for 2023: things we’ll do this year
What should I focus on on in 2023?...
Milk Fed
My Happiness Project: February
Be your own historian
Post-vacation blues
Bad habits
Home alone
What’s going on in your community?
Quick turnaround
Home Friends You get what you give
FriendsTDTFYH

A long time ago, I made it a personal policy to never chirp people about their teams. That went double for times when their teams had lost or were in a tough place. It’s just such a dirtbag move and, to be honest, it’s insight about a person’s true nature. I knew that wasn’t one of the traits I wanted to foster in myself. Nobody needs that kind of negativity and I certainly don’t want to lay it on people I actually like. Mostly, though, I did it because I knew how shitty it felt to be on the receiving end and I was leaning into my belief that if I treated people better than that, then they’d do the same. 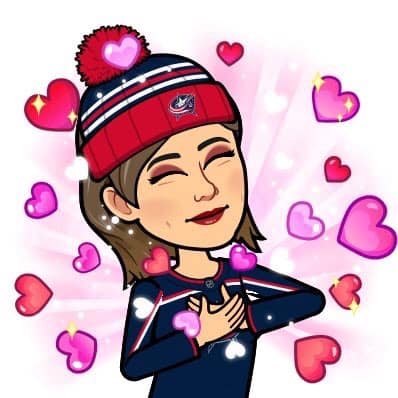 I knew I’d done well when the Falcons advanced to the Super Bowl just over two years ago. Throughout the whole week before the game, I received message after message saying good luck, that people were cheering for Atlanta and other words of support. It actually felt really nice. Even though I wasn’t actually part of the team, it still felt good that people thought of me when they thought of them and that they genuinely wanted something because they knew I wanted it. Sport can be so great sometimes.

After the Falcons lost the game, nobody (well, okay, except one person) I know said a word other than sorry. Nobody chirped. Nobody slagged. I got a lot of messages of condolences and congratulations on my team having a great season. And that went on for weeks.

I was reminded of that again tonight after the Blue Jackets got knocked out in game six of their second round series. I was sad, but was it ever a lot of fun to watch. And that’s why I like sports – for the fun of it. Again, I received a few messages from friends talking about how much they’d been hoping it went on longer. Thoughtful and kind to be sure.