There may be many ways In which that’s true, but right now the one I’m focused on is in how I eat. I basically have two foods I’m eating as I search for protein. This things are 1. Protein shakes and 2. Beyond Meat burgers. To be fair to me (and my body) and not give off the wrong impression, I usually supplement the shakes with some nuts or hummus and veggies and the burger with some salad or grilled vegetables. They aren’t exactly the only thing, but they make up the lion’s share of most of my meals. 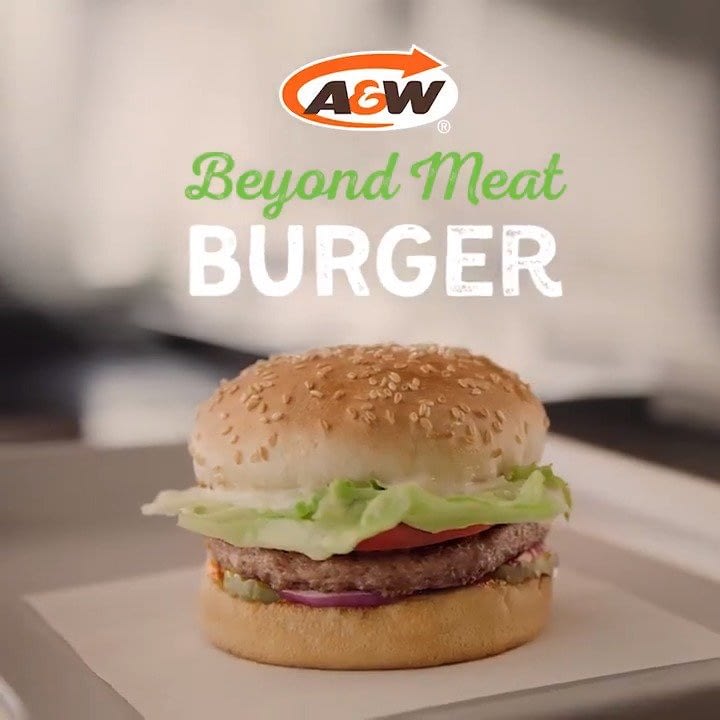 It isn’t that I’m a picky eater, it’s that these two meals can most efficiently meet my 30 grams of protein goals and I’ve become so consumed with doing so that I no longer really care about food. (I never really thought I did, but I’ve now gone far enough down this road to realize it was more important to me than I’d initially thought.)

Have you tried a Beyond Meat burger? They are out of this world. We first had them at A&W, but now that they’re available from Safeway, we basically bought out the stock at the location that’s at the bottom of our elevator. I throw them on the barbecue, pluck some monster lettuce from the balcony garden (see below), add some onions, sugarless mustard and avocado and they’re good to go. Meat eaters swear that they taste just like meat, but I don’t agree with that entirely. That said, I haven’t had a beef burger in 30 years. (I also think it’s a weird thing to go for – in this products and the world of faux animal products.)

Here’s a list of ingredients in a Beyond Burger, each patty contains 20g of protein:

Many veggie burgers are made with some supplemented wheat so it’s nice to have a new option just in time for my favourite – summer barbecues! Some may think that it’s creepy to have something designed to look/taste like real meat – and I get that. I don’t want to eat meat, why do I want to fake it? – but I think most will get over it once they try it for themselves.

If you venture to give one a shot, A&W’s version features their spices on top and they can do a lettuce wrap if you want to avoid the bun. Or just come over to our place!

Here’s a comparison between real meat and veggie burgers.

Have you tried a Beyond Meat burger? What did you think?

Have not tried one as of yet. We purchased a 1/4 of a grass fed and grass finished cow from Armstrong and have been enjoying making bunless burgers at home. Good to know there’s a desperate option if I’m out and about and in need of sustenance (the lettuce wrapped variety please and thanks)