Top Posts
23 for 2023: things we’ll do this year
What should I focus on on in 2023?...
Milk Fed
My Happiness Project: February
Be your own historian
Post-vacation blues
Bad habits
Home alone
What’s going on in your community?
Quick turnaround
Home TDTFYH Why do we need things need to be like other things?
TDTFYH

Why do we need things need to be like other things?

This has come up for me twice this week.

Most recently, just a few minutes ago. While stopping at the most amazing Safeway (Burquitlam) on the way back from my parents’, I grabbed a little package of date balls because I was famished. Now, date balls are good on their own. These date balls, however, weren’t actually date balls – I only gleaned that from reading the ingredients list. These date balls were packaged as salted caramel energy balls. Sounds delicious, right? I dug in as soon as I could tear open the bag once we got back to the car. Guess what? They were date balls. Like any other. Which is PERFECTLY FINE if what you’re buying is a date ball. I was sold a very different idea of what was inside, but it was the same old thing. It only made me feel ripped off that the expectations outlined on the packaging set me up for something way better.

Before that, I’d been talking to a friend who told me that she hadn’t tried a Beyond Meat burger yet. As you know, I am obsessed with them. She said her butcher had stocked Beyond Meat burgers (forward thinking butcher, kudos!) and they also had sausages and wieners. I didn’t even know those products existed so I was super into that. Then she told me that they used to have Beyond Meat chicken tenders, but they pulled them from the shelves because consumers found they tasted too much like fake chicken. This is in spite of the fact that THEY ARE FAKE CHICKEN. (This story seems to be somewhat sketchy, I can’t find a relevant link to support it, but it’s what I was told.)

As a thirty-year vegetarian (to varying degrees over that time) this is something that has always baffled me. I mean, I was pretty conscious of my desire to give up meat at the time when I did it. Back then, meat substitutes were just coming into play. Money’s Mushrooms had a veggie burger and Yves was just entering the market with veggie dogs. Those were basically the mainstream options that you had and you took them. I mean, what choice did you have?

For barbecues, they’re convenient, but outside of that that, why is everything in a pseudo-meat form? We’ve moved pretty far past that as far as what we can produce, but we’re still looking for meat knock-offs more than we are alternatives. Yes, I eat Beyond Burgers practically daily, but it’s because of their high protein content, not because I can trick my tastebuds into believing they’re actually made from real meat. 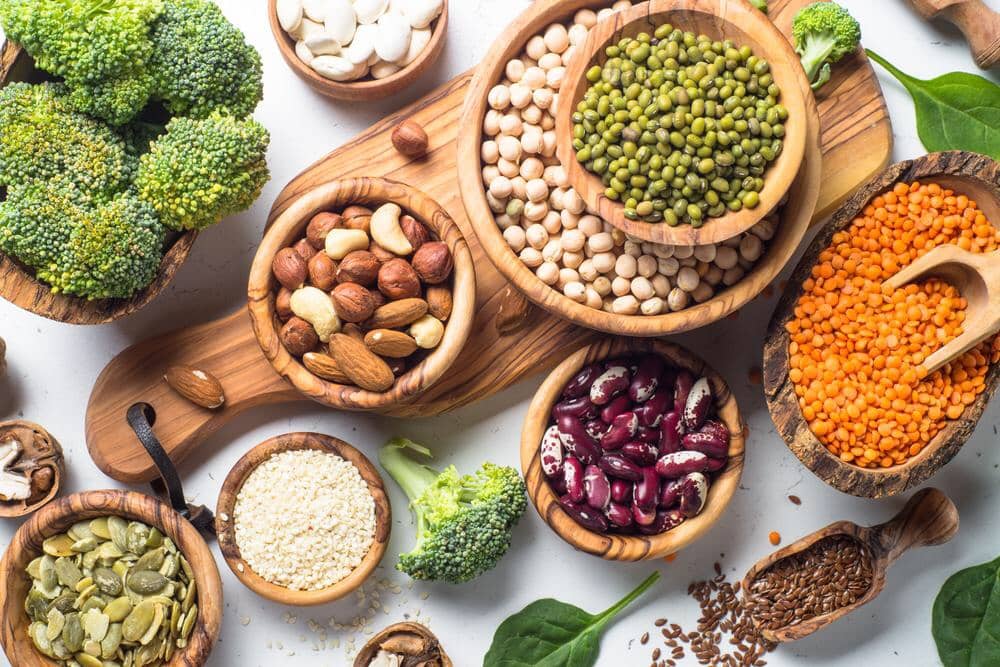 (Veggie ground round, I get because of its versatility, although for the most part I just sub in lentils instead.)

So, why do people need non-meat products to be like meat? Didn’t they give the meat up for a reason? And whatever that reason might be, they’re seeking a solution that is NOT meat. (The sole exception I can really get down with is that they’re really reluctantly doing it for health or environmental reasons, but I know few people who are that motivated for either.)

So, what’s the deal? How do you see it? Why can’t we call things what they really are?

Related, but on an amusingly different side of the spectrum, this online weight loss community (yes, eye roll) that I belong to is obsessed with making substitute junk food out of vegetables. “Look! Jicama fries!” “No – rutabaga fries are better.” “Roasted radishes taste JUST LIKE potatoes” (false). “I made these carrot fries today!” No you didn’t. You roasted carrots. (I type as I sit here literally eating something Pinterest insists on calling “cauliflower steaks”.
Mind games, man. Buncha psychological BS tricks we have to play on ourselves. I dunno.

So, why can’t we just eat healthy foods for the sake of eating healthy foods, you know? Cauliflower steaks are perfectly good, but implying they would be anything like a steak is A. absurd and B. totally soul crushing if a steak is what you’re looking for.

I have to choose to believe that “steak” is more about the heft and cut vs. any real direct comparison (otherwise people are dumber than I thought). It sounds sexier than “slab”. ???? But yes, agree on all counts. Let’s stop lying to ourselves and just eat our veggies if we’re trying to get or be healthy. People have issues around food that are 100x worse than mine. I just want to eat in large quantities & a head of cauliflower is perfectly acceptable! ????

I’m so proud of you, my little vegetable eater, you!