I first heard this phrase last year in episode 181 of the Happier podcast. It stuck with me enough that this is the second time I’ve mentioned it here. 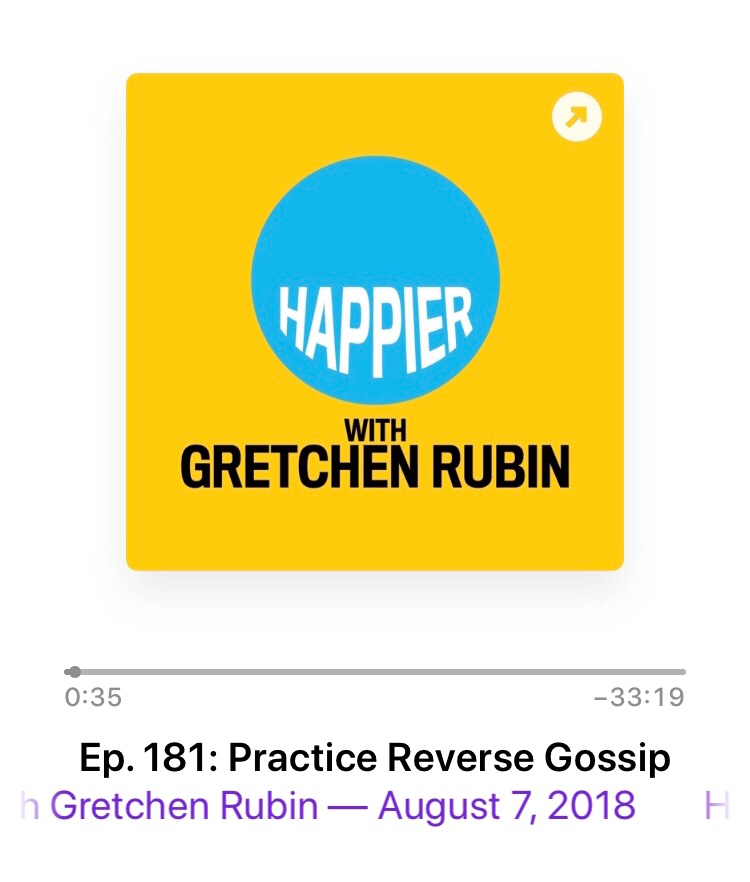 As you can imagine, it’s basically a resolution to start saying good things instead of saying bad things. Why? Well, you know how when you start gossiping, you just keep gossiping? It’s kind of hard to stop once you get going no matter how icky it makes you feel. The idea is the same. Once you start focusing on the positive in others, then you’ll see more positive as well. According to the sisters/hosts, it becomes a big happiness booster once you’ve adopted it as habit.

I’ve been thinking about trying it out for a while. I have my moments, but sometimes I’ve just got too many balls in the air to try to manage a different way of dealing with anything. Since it wouldn’t really take a time-consuming effort, I’ll call myself on that semi-bullshit excuse.

So, why don’t I do it more? I’m not really sure. Dwelling in the moment perhaps instead of making the decision for the greater, long-term benefit. Like when you could go to bed and get a good night’s sleep, but then you decide to stay up and watch a movie instead. You forget that you could feel great in the morning if you hit the hay and instead focus on the immediate gratification. Only the next morning, you wake up regretting it and feeling better exhausted. Same kind of thing.

Last week, I had the opportunity to tell someone about some feedback I’d gotten about something they’d done. I have a sometimes rocky relationship with this person and we’d actually hit one of our valleys just a couple of days before. But instead of keeping the lovely compliments to myself, I called him up and told him exactly what had been relayed to me and how meaningful it had been to the storytellers. I was immediately grateful I’d done it because I could just tell in the person’s voice that it had made their day. And that was a nice feeling.

Do you make an effort to practice revers gossip? Do you ever try to only focus on the positive?