I’ve never quite been sold on audiobooks before. I was skeptical both before and after I solicited opinions on whether listening to an audiobook is the same as reading one. (The resounding response was that they’re not the same.) 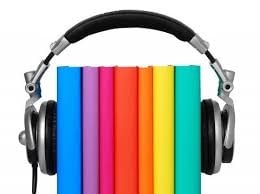 Over the past sixteen months since I wrote that post, one thing has come up on several occasions and piqued my curiousity. In fact, I’d never even considered it until it was mentioned more recently. That thing? The advantage of having an authour read their work on the audiobook version. Hmmm. There is a certain appeal to that. You can get the emphasis on the parts they considered most important. You get the vibe of what’s going on straight from the source that bore the work. You can hear the ideas in literally the authour’s own words.

Somehow I’d never really contemplated that. I was intrigued.

Recently, I’ve been doing a lot of personal development work with a friend. It all started when she approached me saying, “you’re into the work of Gretchen Rubin, right?” ???????? The angels sang. I finally had someone to talk to about it.

Long story short, my rebel self had bought a copy of The Four Tendencies on pre-order, but had yet to crack the spine of the book (FROM WHEN I GOT IT IN SEPTEMBER 2017.) I’d done a lot of research and work online and listened to every episode of her podcast, but I hadn’t read the book. Hillary was midway through it and once she’d finished, she encouraged me to actually listen to it (with Gretchen reading it) instead of reading it myself.

I took her advice and put it in my library holds list. Now, maybe eight weeks later, it’s finally my turn to borrow it.

I downloaded the book immediately after I got the email and hit play as soon as Kevin had left for practice tonight.

Here were a few things I was afraid of beforehand.

In reality, I haven’t felt a hint of any of those things. Not yet, anyway. And in a subject like this one, I have it a little more enjoyable to hear Gretchen speaking than I’d expected. Since I’m accustomed to listening to her, it’s been easier for me to adjust and I’m already looking forward to taking this book on the road with me during times when I wouldn’t normally be able to read – when I’m walking, running or at my desk at work.

Do you like listening to audiobooks? What are some of your favourites?

Yes! Not going to lie, when I started reading this I was nervous you’d say you’ve discovered you hate audiobooks.

I’ve tried a variety of audiobooks over the last couple of years and I’ve found that for me to connect with an audiobook, it needs to be nonfiction read by the author. I just can’t get into it otherwise, and my mind wanders. I get so much out of listening to Gretchen Rubin, Brene Brown, Amanda Palmer, etc. read their own work.

Funny, someone phoned me about this at work today and they listed Brene Brown as one of their exceptions for audiobooks as well. Hers must be good. I’ll try one next!

I have dabbled but I don’t prefer them by any means. They’re good for road trips and… well, road trips are probably it. ????‍♀️

I think I will definitely steer clear of fiction, but I’m digging the non-fiction, although that may be partly because I am already accustomed to listening to the authour and enjoy her (so far.)