Top Posts
23 for 2023: things we’ll do this year
What should I focus on on in 2023?...
Milk Fed
My Happiness Project: February
Be your own historian
Post-vacation blues
Bad habits
Home alone
What’s going on in your community?
Quick turnaround
Home TDTFYH Surveillance
TDTFYH

I’m no fool. I know that with everywhere I go and everything I do I’m leaving a trail of information. I’ve been keenly aware of that for some time and I’ve taken responsibility for it. I don’t write things I’m not comfortable discussing, I don’t share things I don’t want others to know, I don’t tweet things that I would hide from my bosses, my parents or anyone else in the world and I rarely say things I wouldn’t repeat in front of a mixed audience.

Do I like that our every move is being recorded? Fundamentally, I don’t, but it doesn’t particularly bother me, either. To be clear, I’m not talking about the larger scale Cambridge Analytica bullshit, I just mean the everyday information that we all give out so freely: the kind of coffee we drink, the songs we prefer, the podcasts we listen to. Because I’m conscious about what I’m doing, I don’t get too hung up on ads that are tailored to things I’ve been googling or product placement for items I’m legitimately considering buying. In fact, I kind of enjoy exploring predictors of my preferences: my Made for Carly-Ann Spotify playlists and suggestions that I should watch this Netflix show next. (Even though they’re not all that accurate.)

Here’s what I don’t like: when companies I’ve entrusted flaunt their collection of my data.

Something like this cold call email from my cable/wifi provider: 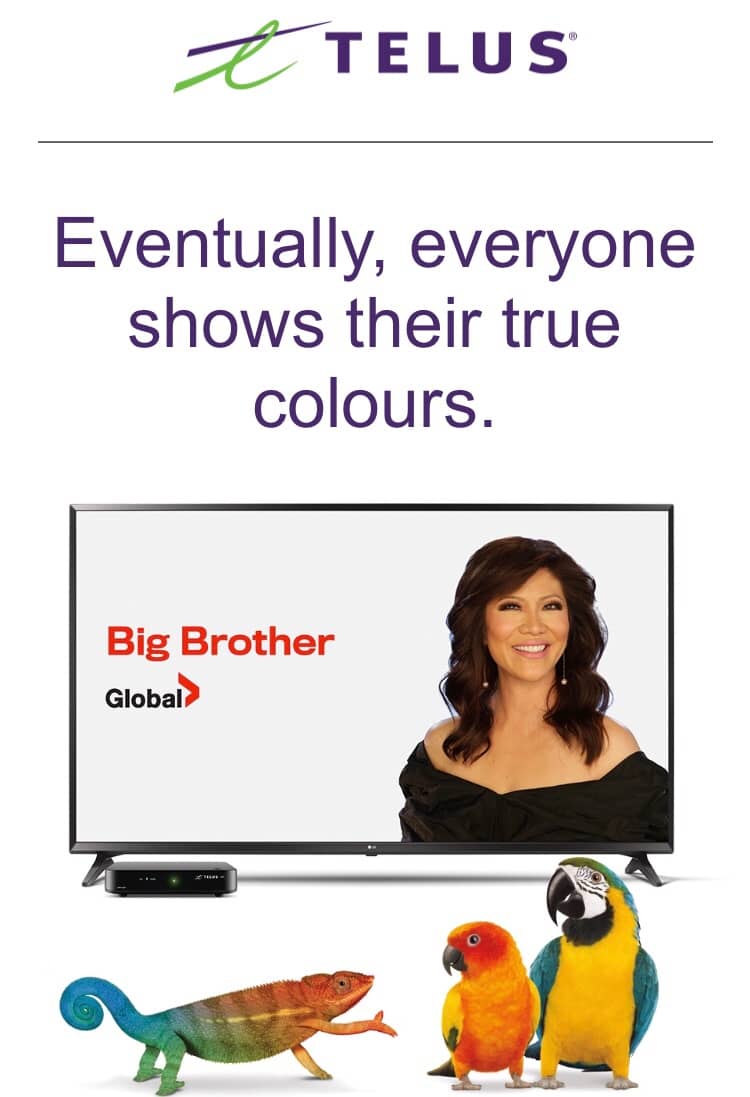 Did I watch Big Brother last summer? Yes. Will I watch it again this year? Probably. But this email I received that was probably intended to be an enticing little reminder that this show is starting again tomorrow came across like an invasion of privacy. So, now my tv stats have been complied and I’m on a Big Brother list. Would I have guessed that’s the case? Sure. Feels a little gross to know it, though.

In another example, a small Canadian health and food-related company whose founder I really like and respect used to send me newsletters every week or so. I’m terrible at email and read approximately 3.5% of the messages that land in my inbox. This company’s wasn’t really making the cut for a while there. I know because one day I got an email from them saying, “we noticed that you haven’t opened any of our emails in XX weeks.” As much as I love the product, I immediately unsubscribed. It’s one thing for them to have that information, but for them to try to use it felt like a line had been crossed. It was digital TMI.

Again, I’m not naive. I know my information is out there being tracked and compiled and profiled. I understand how it works and I’ve taken steps to protect information that is important to me. Still, I think personal data is one of those things that just because you have it doesn’t mean that you have to tell everyone you do. In fact, it makes it a little skeezier when you do.