I’ve never really been a make-up wearer. I don’t remember ever being super interested in it as a teenager and I’ve certainly never felt like I had to wear it.

The first time I ever legitimately wore it on the daily, I was already in my thirties. It started on one of my trips to visit Amy when she took me makeup shopping and then sat me in front of the mirror in her office and walked me through the basics. I actually wore makeup mostly every day for probably even as long as a year.

After that, I got bored and stopped applying it regularly, downgrading it to just occasionally. Then it was just for dress-up occasions. Now, I barely even do it then. Thankful, Amy is a good teacher because her lessons stayed with me regardless of my lack of practicing the skills.

There is one single exception to this makeup free living over the last couple of years when I came across this Ilia Multi-Stick. At $34, it’s certainly reasonable and I use this on my lips, cheeks and eyes. It goes on and blends easily and you can’t really screw it up. If you manage to, you can just wipe it off. I got mine at Wildflower Beauty Bar in Port Moody. 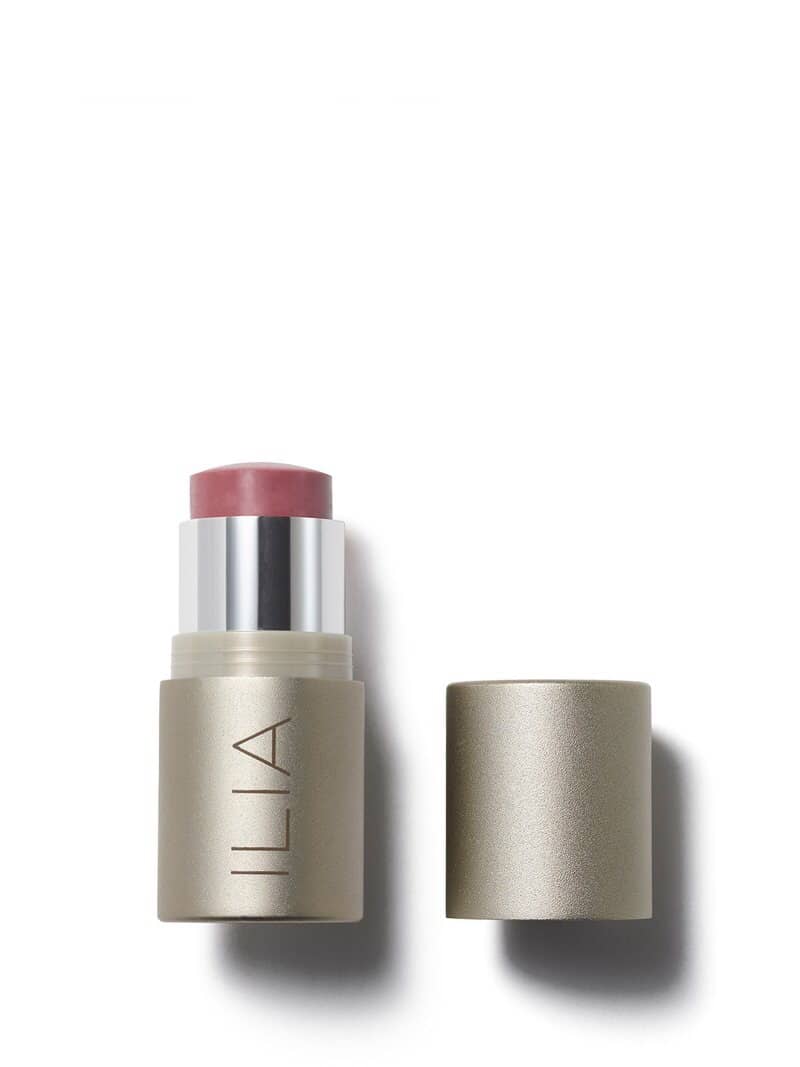 But having had my manicure and pedicure earlier this month and now having a real haircut, I’ve started to think about going back to wearing makeup sometimes. (This is, of course, just months after throwing out all of the makeup I had left over. It was probably old anyway, I keep telling myself.)

Hillary and I were having this conversation the other day – about how hard it is figure makeup all out. She’s just started wearing it and I’d told her I wanted to start again, too.

Here’s some of the encouragement she gave me.

Okay so I’ve struggled with makeup because I don’t know how to apply it professionally and I feel like I’m pretending to be a grown up when I wear it. But I gave myself permission to try different products and get rid of anything I didn’t like. This meant I started with drug store stuff and once I figured out what I liked, I invested more in cleaner products or higher quality products.

I liked that idea of willfully experimenting.

I went through a “makeup is a societal expectation, fuck the patriarchy” phase and honestly, now I’m just happy to play with it when I want to and say fuck it when I don’t.

This speaks to me.

Turns out we both love overly dramatic makeup in theory, but really just go for plain old neutrals in reality.

I thought about going makeup shopping the night we talked about it, but put it off. Lo and behold, two days later, someone walks into my office with a thank you card and a gift card for Shoppers Drug Mart. Make up money! (Don’t even waste my time asking if I believe in manifestation, okay?)

On our way home from spending the evening at Fridays on Front with some lovely friends, we stopped in so I could spend the gift card that’s been burning a hole in my pocket.

I don’t really know where to start so I just looked. Some of it made sense, but a lot of it didn’t. I skipped the stuff I wouldn’t know how to work and went for the real basics: an eye colour palette and some blush.

Reporting my purchase back to Hillary tonight, she’s got me nearly 80% convinced I should go back and get the fun one tomorrow. I’ll keep you posted – I’m between makeup tutorials, that is.

What day is it, anyway?