Top Posts
23 for 2023: things we’ll do this year
What should I focus on on in 2023?...
Milk Fed
My Happiness Project: February
Be your own historian
Post-vacation blues
Bad habits
Home alone
What’s going on in your community?
Quick turnaround
Home TDTFYH All the movies I’ve never seen
TDTFYH

All the movies I’ve never seen

I immediately grabbed the remote to put it on TV.

This is a bit of role reversal for us. I often brag to bystanders, “I could astound you with the movies I haven’t seen.”

I’m just not into movies. I like to see the ones I like to see, but I can’t commit myself to two hours of something I’m just not that into. I won’t watch a movie for the sake of watching a movie. I cringe when it is suggested in a group setting.

When people approach me in disbelief after I’ve told them, “never seen it.” I’ll often expand telling them that doesn’t mean I can’t talk about it. Here’s the thing: people who like movies (or tv, books, etc) talk so much about what happens in them that those of us who haven’t paid attention already know what happens anyway. We don’t even need to spend the time with it!

Kevin is the opposite of my when it comes to movies. He will watch ANYTHING. He loves the whole experience. When times are slow at the box office and new releases are scarce, he’ll go see the same mediocre movie twice if the feeling strikes him. Sometimes I will join him, but often I reserve my movie going for titles I’m really interested in. 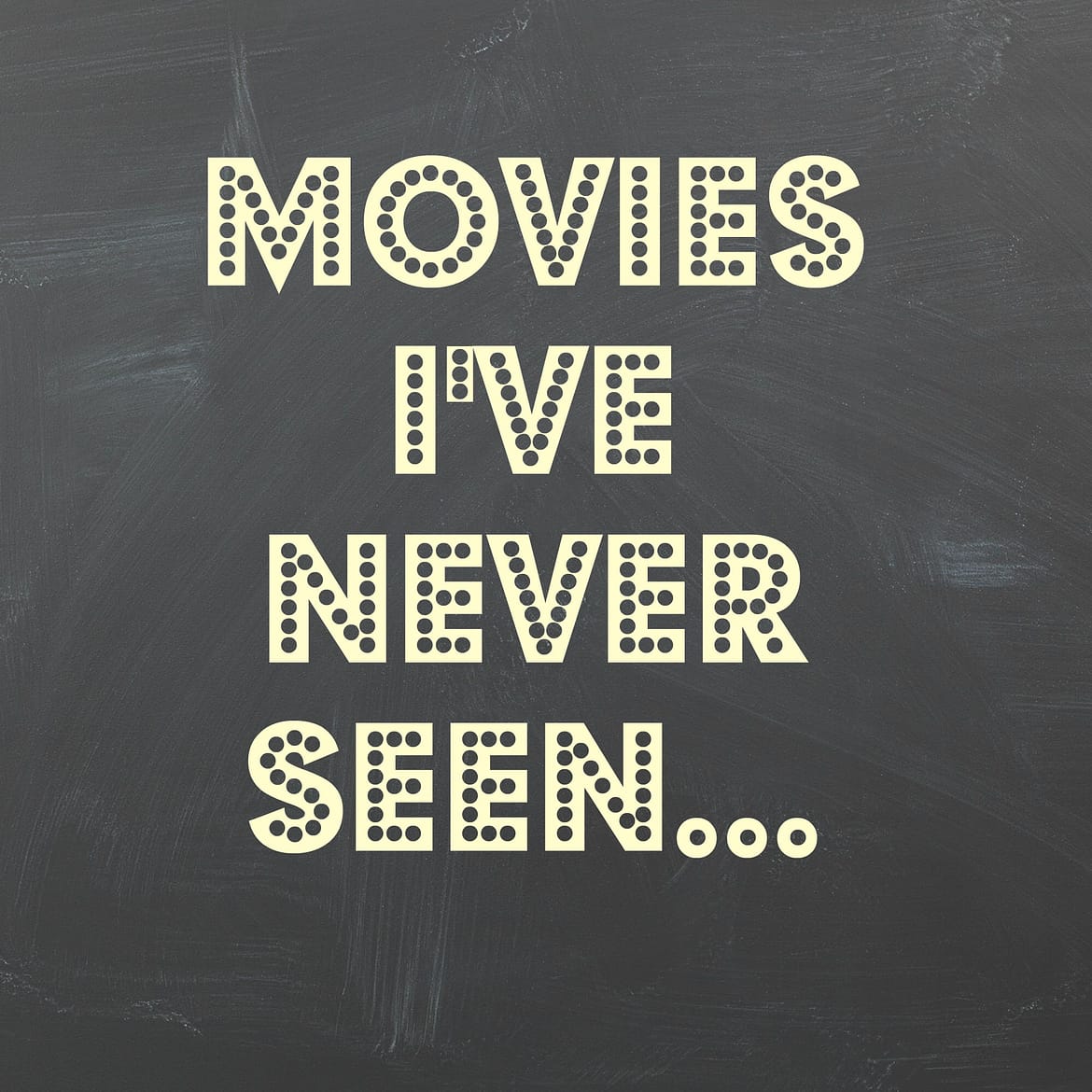 Some of the movies I’ve never seen that others seem to find most shocking are:

This isn’t to say I’ll never see them, I just haven’t so far – and it isn’t like there hasn’t been plenty of opportunity.

By the way, Kevin thought Good Will Hunting was “a pretty good movie.”

My favourite love stories are the impossible ones

Pretty Woman is one of my favourites – while yes, it is a Cinderella love story with a positive ending (so it’s not one of the tragic romances that YOU love where things don’t turn out all rosy at the end) it is a classic from the 1990s that I encourage you to watch.

Lots of movies I have not seen – would rather not sit in a dark room with hundreds of strangers being “entertained” as I am more a do-er than a watcher. Good Will Hunting I have seen, but none of the Godfathers, nor all of the James Bond series. Star Wars – yup seen them all, along with the Bourne movies and the full spectrum of the Lord of the Rings saga. But mostly in the comfort of home in my PJs with the ability to pause for biology breaks.